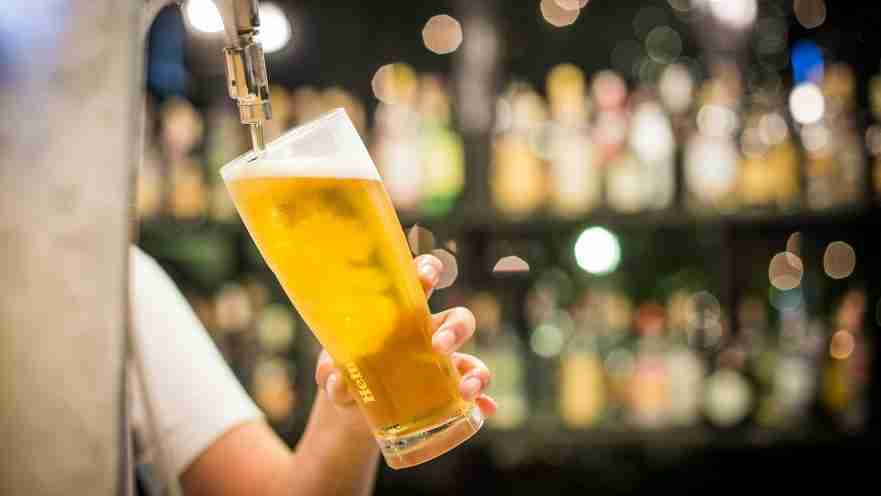 Lagers are darn tough beers to make. Their crisp and clean taste leaves little for imperfections to hide behind. Making a standup pilsner, bock, or dunkel can really test a brewer’s capabilities and equipment. If you’re thinking of brewing a lager, consider yourself warned!

Is a Lager an Ale?

No! All beer can generally be separated into two overarching categories; ales and lagers. Common ale varieties include India pale ales, stouts, porters, Belgian ales, pale ales, and wheat beers. A category that ranges from thick, oat-y stouts to hops-to-the-face IPAs is a broad category. Ales tend to highlight the diverse flavors that yeast create during fermentation.

Lagers, on the other hand, offer a narrower range of beer styles and flavors. The main types of lagers are pilsners, bocks, dunkels (or dark lagers), European lagers, and German lagers. All of these beers focus on the pure ingredients of beer itself; the barley, malt, and to a lesser extent, the hops. Lagers generally score low on the International Bitterness Unit scale since they use only a small amount of hops.

The main difference between lagers and ales is the type of yeast used. Ale yeasts ferment at the top of the wort, which is called top-fermentation. Lager yeast hangs out at the bottom of the wort, producing bottom-fermentation.

Lager yeasts generally have a higher attenuation. This means that the yeast can convert a wider variety of sugar types into alcohol. This high attenuation leaves fewer sugars in the final beer, which reduces the fruity flavors in the beer and increases the crispness of the beverage.

There are lots of types of lager yeasts. You want to choose the right yeast strain for the style of lager you want you brew.

Lager comes from the German word ‘to store’. This is because lagers must be stored for multiple weeks at near-freezing temperatures after their primary fermentation. Storing the beer at these cold temperatures is called lagering. Lager yeasts continue to ferment the remaining sugars in the beer into alcohol during lagering. Traditionally lagers were lagered in cold caves for multiple months or even years. Modern brewers typically don’t store the beer for more than a month or so. Impurities in the beer settle out of the beer solution during lagering, which is another reason lagers are so clean.

The cold storage of lagers presents difficulties to home-brewers that ales don’t. You can’t brew lagers in a regular garage, unlike ales. There are some DIY cold-bath options to keep your lager cold, but the most effective way to lager is to create a temperature-controlled space. Be it a small fridge or a walk-in cooler, these temperature-controlled spaces will help you produce the cleanest-tasting beer. Temperature controllers and an AC unit can help turn any enclosed space into a lagering wonderland. In addition to being stored cold, lagers should always be served cold rather than at room temperature, like some ales.

When you think of a lager, you probably imagine a cold, clear pilsner. Pilsners are indeed an excellent type of lager. They tend to have a bit more hop flavor to them than other kinds of lagers. The barley in a pilsner is unroasted, which gives pilsners their light color. Using soft water is essential in creating a refreshing pilsner. Places like Munich, which are famous for their pilsners, have naturally soft water.

Bocks are generally a copper to amber color. They are heavier beers in both character and alcohol content. The roasted barley, large amount of malt, and high attenuation of bocks give them a sweet and chocolatey flavor that pilsners lack. These beers typically range from 6-7% alcohol, but some bocks reach up to 9%. Doppelbocks are even maltier bocks. Eisbocks are a type of bock that is partially distilled by freezing which can get up to 14% in alcohol!

Dunkels is the German word for dark, which is why some people call these beers dark lagers. Dunkels are the classic beer of Bavaria, the southern region of Germany. Dark lagers use lightly roasted barley and dark malts. The body of dark lagers is typically very foamy. These beers have flavors of coffee, toffee, and sometimes chocolate. Dunkels are never sweet and are always light on hops. Dunkels are about 5% ABV. The variety of hops used differentiates between different styles of dunkels.

Go Make Your Own Lager!

You probably wont get a lager perfect on your first try, but that doesn’t mean you should give up! Nothing beats a crisp pilsner on a hot day or a foamy, hearty dunkel in the winter. Getting the temperature right is essential to brewing the best lagers, so it is worth investing in a temperature controller if you are serious about lagering.