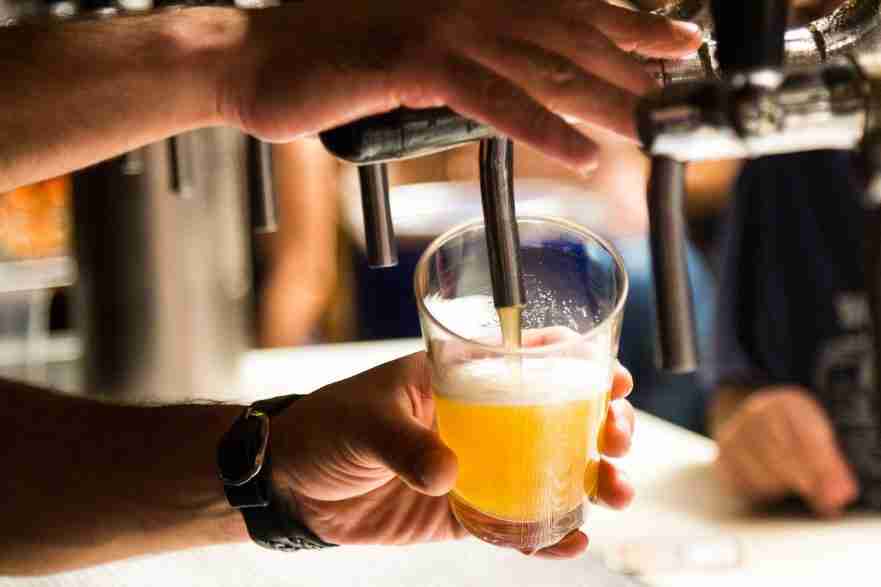 Neither salty nor sweet, we describe bitterness with all sorts of colorful words: harsh, astringent, sharp, pungent, acrid. It is one of the four basic taste sensations we describe through our languages. Say you were to bite down into some dandelion greens – your tastebuds, sensory cells connected to nerve fibers, quickly alert your brain. In total, there are about 35 different proteins that our brains register as “bitter-tasting.”

But it isn’t all bitter fruit, bittersweet, or sour grapes. People go wild for bitter things: coffee or green tea in the morning; cranberries during family holidays; radishes in the garden.

Today we’re going to dive into one of the most beloved fermented beverages through the ages of humanity – beer. It’s the thirst-quenching bitter nectar of Mesopotamia and beyond. Beer is the lip-smacking elixir that Belgian monks, bearded hipsters, and Milwaukee factory workers can agree on. It’s the bubbling experiment you may be thinking about brewing in your basement. Here are the ins and outs of bitter beer:

Beer is a vast universe of flavor profiles and preferences. In order to have some context of a beer’s bitterness, we have the International Bitterness Unit or the IBU scale. Though the scale has evolved since it was introduced in the 1920s, essentially, it puts a number on how bitter a beer is based on a chemical measurement of bitterness compounds. Bitterness compounds are isomerized and oxidized alpha acids, polyphenols, and other compounds that make your taste buds zing. The scale goes from 1 to 100, though modern, adventurous brewers regularly pass that number today. One beer, the Mikkeler Aps, boasts a whooping 1000 IBU and has shockingly good reviews from people online.

For the Love of Hops

We often used hops to brew beer and hops contain alpha acids – one of the bitterness compounds mentioned above. When we boil hops, they become bitter. The longer hops boil, the more bitter the beer will become.

For some context: A Budwiser clocks in at 7 IBU. Lagunitas “Day Time” IPA (India Pale Ale) IBU is 31. Avery Brewing’s Maharaja Imperial IPA is at 100.

However, the IBU isn’t perfect. As is generally the case when humans try to be objective, we fail. People can’t really taste a difference between IBU 100 and IBU 110. What’s at play here, and what makes certain beers palatable in spite of their incredible bitterness, is a balance of flavor profiles that make up the overall taste. For example, a stout might have an IBU of 80, but the malt (an important factor in the flavor of stout beers) will shape the taste in a way that the bitterness will be greatly diminished, regardless of IBU.

So while the IBU scale is a helpful measurement and can help you get your bearings, it really doesn’t indicate taste, aroma, perceived bitterness, or any of the other elements that go into choosing which brew to sip on or experiment with next.

Beer happens to be the oldest recorded recipe we have, which is pretty cool. There isn’t really a way of knowing how bitter the beers of Mesopotamia, Ancient Egypt, or Iran tasted. These societies fermented with dates, pomegranates, and other indigenous herbs instead of hops – and were probably quite harsh as a result.

Eventually, beer made its way across the Mediterranean and into Europe where it was heartily embraced and incorporated into various cultures. Northern Europeans had ample fields of barley with which to experiment. Beer was exalted for its nutritional value and was an alternative method of hydration when clean drinking water was not available.

Modern beer the way we experience it today is credited to monks of the Middle Ages, who first innovated the incorporation of hops into the process. This changed the industry thereafter.

When a global pandemic isn’t ravaging through communities, you can walk down to your local pub and try a wide variety of beers with varying scores on the IBU scale. Stouts, pilsners, IPAs, sours, porters, and ambers will appeal to different people, each with their own personal preferences. Amongst these varieties is English Bitter Beer – which is more than just a description, but a bonafide type of ale.

Some refer to it as the “national drink of England.” It gained massive popularity in England around WWII. It has a strong flavor often compared to a light lager that has a mildly bitter taste similar to that of an IPA. It’s a good option for those of us who want to avoid beer that is too heavy or sweet. It is brewed using top-fermenting ale yeast. English bitter is malt-driven and usually lower in alcohol content. It may not be distinguishable from some IPAs. The main determining factor is that the golden-copper ale is brewed in England. It is a geographical distinction.

Whether you’re drinking a bitter beer in the rolling hills of England or basking in the golden glow of IPAs in an American brewpub, it’s safe to say that beers with a bitter taste are as popular as ever, with an industry that continues to expand. One reason beers such as IPAs have gained such prominence is that consumers know there is a lot of flavor in them. In particular, at least in the United States, popular culture has come to incorporate more flavors into the dominant cuisine, our tastebuds crave beers that are richer in flavor varieties as well.

If you’re deep into your brewing journey, perhaps you’re thinking about what IBU to give your latest creation. Or perhaps you’re just getting started and you’re more concerned with where you might store the fruit of your new hobby.