Josh started working at the docks in Annapolis, Maryland when he was just fourteen years old. “It’s where lots of local watermen and commercial fisherman come to unload their crabs, clams and fish by the boat,” he tells us. “It’s become a big tourist attraction.” During his time working as a teenager, Josh met a lot of crabbers. So when he graduated high school and began working for one named Louis, it seemed only natural. He started off working on the boat with Louis’ nephew, who was the “culler.” His nephew would pull up the traps and Josh would sort through them. Eventually the nephew got his own boat, so Josh moved up to position of culler. When Louis was diagnosed with cancer, Josh decided to buy his boat from him, crab pots and all. Unfortunately, Louis passed away just a couple of weeks later, leaving Josh to work solo on his newly acquired boat, named “Crook.” Josh was just twenty one years old. 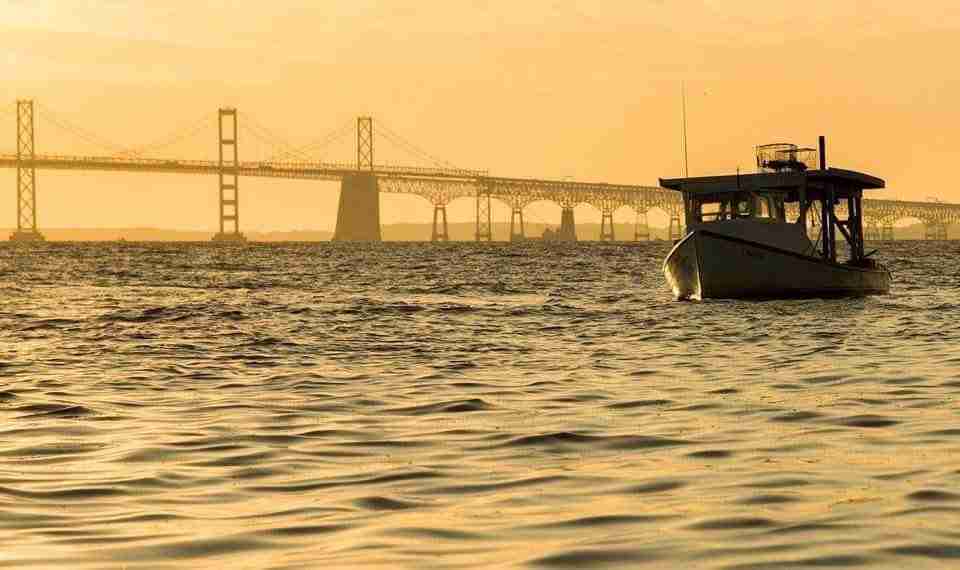 That was over a decade ago. Now Josh runs a successful crabbing operation, where he still works all by himself, averaging about 14-15 bushels of Maryland blue crabs per day during the summer. That amounts to around 600 lbs of crab daily! Josh crabs alone, setting his 200 traps (or “pots”) around 6am and retrieving the 200 he’d left set overnight. He accomplishes all of this by about 1:30 p.m. and from there, he pressure washes all the pots to rid them of any algae build up, fuels up his boat and heads out to deliver the crabs to his buyers. His work days are typically 12-13 hours long. “I had a helper for a while but it’s hard to find people who want to work that much. It’s always been easier for me to just work by myself,” Josh tells us. “I mean, it’s physically harder and more work, but the piece of mind is better.” 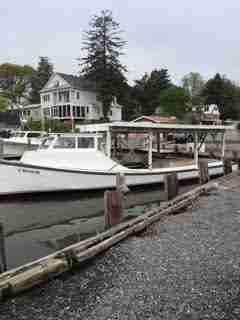 Another curious part of Josh’s job involves occasionally dealing with rogue bits of ocean debris that somehow find its way into his pots. And it’s not all gold doubloons and buried treasure. The weirdest thing Josh has ever pulled out of his crab traps? “A prosthetic leg,” he deadpans. “It’s nearly physically impossible to fit it in there. I can’t imagine how that happened.”
Josh’s business has grown steadily by word of mouth over the years. While Josh primarily sells his crabs to local restaurants, he’s accumulated a bit of a cult following from individual buyers. It started off as just a few local neighborhood people he’s known forever but has expanded to the point that he needed to borrow space in a friend’s cooler for his crabs sold to individual buyers. Individuals will typically purchase crabs by the dozen from Josh, versus when he sells wholesale to restaurants, where he sells crabs by the bushel (six dozen large crabs per bushel).
In the early days, Josh only had about five or six individuals buying crabs from him, but now that number has grown to around 20 to 30, depending on the week. “I never had a place to keep the crabs,” Josh laments. “You can leave them out for about a day, but they’ll start to dry out and die after that. If you store the crabs in a cooler at about 52 degrees, they’ll stay alive for about five days — although I try not to keep them in there that long. I don’t go crabbing on Sundays, but I have a lot of customers who want crabs on Sundays. Now, with the CoolBot, I can still sell that day to my individual buyers.”
Wholesale is where Josh makes most of his money, but he’s loyal to his individual buyers. According to Maryland regulations, fisherman and crabbers are allowed to work six days each week, so Josh takes Sundays off from being out on the boat. However, due to high demand from his individual buyers — and thanks to his new CoolBot walk-in cooler — Josh is now able to consistently sell crabs on Sundays. 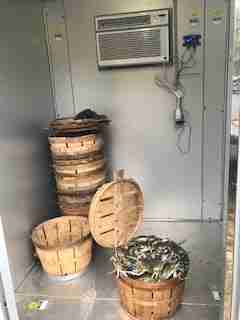 Before setting up his own CoolBot, Josh had been using his friend’s cooler (an old slide-in box on a truck hooked up to a compressor) to store his crabs. “But I was using so much of his cooler space for my crabs and selling so much more than he was, I felt I was sort of wearing out my welcome,” he tells us.
“I was looking around to build my own, going back and forth about it. I’d actually bought a single CoolBot unit a few years ago and never build it. I got lazy,” Josh admits.
“Then I saw you guys were selling the prefab walk-in coolers,which would be best for me. I don’t have a whole lot of time in the afternoon to build a cooler, so this worked well. So I bought it in August and got it up and running around the end of September.” 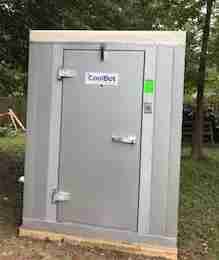 For Josh, the convenience his new CoolBot walk-in cooler provides is priceless. For a guy who works such long days and does it all on his own, this has been a major game changer. His walk-in cooler is just about a quarter of a mile from his boat.
“The cooler being so close saves me a lot of time. I was driving twenty five minutes out of my way to use my friend’s cooler, going back and forth four or five times every day. Now I can set up times to meet my customers at my own cooler. They come to me rather than me going to them. I’m saving a lot of time on the road.”
Additionally, Josh can keep bait in his CoolBot, too. He can get it the night before and store it for the morning so it’s still fresh.
Crabbing season is technically between April 1 and early December, but Josh usually winds down his season by mid-November. Then during the winter, he goes down to Key West and fishes on a commercial boat. So in the spring, when that bitter East Coast freeze begins to thaw and Josh returns to Maryland from Florida all suntanned and ready to crab, his new CoolBot will be there for him waiting to make his life that much easier.