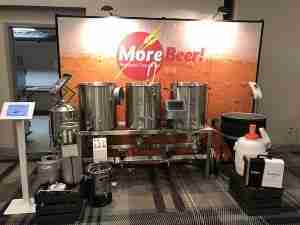 Olin Schultz has come a long way since he first started brewing beer in his college bathroom. He now owns MoreFlavor! a company whose brands MoreBeer!, MoreWine!, and MoreCoffee! are dedicated to making it easy for people to craft their own signature brews, bottles, and blends.

Schultz began his journey with beer over 20 years ago, selling home brewing supplies out of his brother’s 10’ x 10’ shed. At that time, his main challenge was convincing people there were more beer options than just Coors and Miller. (Thank goodness we’ve come a long way since then!)

As business grew, Schultz moved the company from the shed to his parents’ garage, and then to a larger industrial and retail space. They added winemaking supplies in 2002. “We were importing, and still do, a lot of equipment from Italy and Germany that’s really specialized for making wine both on a home level and commercial level,” he says.

Today, they have two distribution centers — one in California and one in Pennsylvania — to supply home brewers, winemakers, and coffee roasters coast to coast. They also have dedicated equipment lines for small commercial wineries and breweries.

As you can imagine, the brewing world has changed a lot in the past two decades. (Fun fact: There are now more than 5,000 breweries in the United States, which is the highest it’s been since 1873!)

For one, Coors and Miller aren’t anywhere close to the predominant beers anymore. Any drinker worth their salt can rattle off dozens if not hundreds of their favorite craft quaffs. 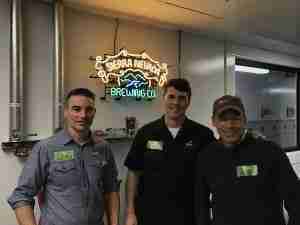 The options for home brewers have also expanded significantly. “Now, I spend most of the time telling people about the 10 different ways they can get started in home brewing with all grain systems that are either complete all grain breweries in your garage, or tabletop units inside that are the size of a coffee maker,” Schultz says.

If you’re interested in trying your hand at the art of brewing, all you need to get started is a complete kit, which includes everything except the bottles and will run you about $130 to $230.

Once you’re confident in your skills, you can step it up a notch. MoreFlavor! sells equipment that allows even us laypeople to brew beer much like a brewery would from scratch. Those systems start around $400 and go up to $6,000. The average beer drinker spends more than $1200 per year on their favorite brews. So, if you’re anywhere near average, even the most expensive systems will pay for themselves in pretty short order!

Of course, making delicious beverages requires not just the right equipment, but the right environment. That means the perfect temperature.

Wine fermentation and bottle storage, especially, require an exact and consistent temperature of 55°F. To maintain this temperature in an energy-efficient way, Schultz recommends a CoolBot. “If you make wine, at some point you’re trying to cool a space to store your barrels or your bottles or even do fermentation. The CoolBot is a great solution,” he says.

Are you interested in making beer, wine, or coffee in the comfort of your own home? MoreFlavor! has everything you need to get started. And who knows? Your experiment may lead to you opening your own neighborhood brewery — or at the very least keep your home stocked with life’s most pleasurable beverages.

Check out MoreFlavor!’s brand websites and social media for a ton of excellent beverage-related content. If you’re in the Northeast this June, stop by the WineMaker Conference in the Finger Lakes, NY. Schultz will be there over the weekend, participating in the bootcamps and classes.