Disclaimer: This blog post is about the funeral industry business. It includes topics like death and cremation. If this type of subject matter makes you uncomfortable, we suggest you don’t continue reading.

When we inquired how Dan Flynn originally got into the death business, he laughed. “I lost a bet!” he tells us.

Dan knows a whole lot about death. As a certified death investigator and subject matter expert for the Federal Government specializing in mass fatalities, he helps write government procedures and policies on the topic.

He also owns Simply Remembered funeral home in Santa Barbara. Dan is on the Federal Government Mass Fatality Team (part of the Department of Health & Human Services), the first responders who get called out during large scale fatality incidents such as plane crashes, hurricanes, etc…

Furthermore, Dan spends a lot of time giving lectures and teaching doctors and nurses about funeral homes and cremation procedures, providing them with in-service training and writing articles about the subject matter.

Dan and his wife are originally from Missouri, where Dan had been working as a death investigator. The couple was “over Midwestern winters” and looking to move. They’d been considering options in South America when Dan discovered sunny Santa Barbara. “Here I am on a work assignment, standing in Pacific Ocean and looking at the snow capped mountains. It was absolutely breathtaking, just like a postcard. So we moved here.” 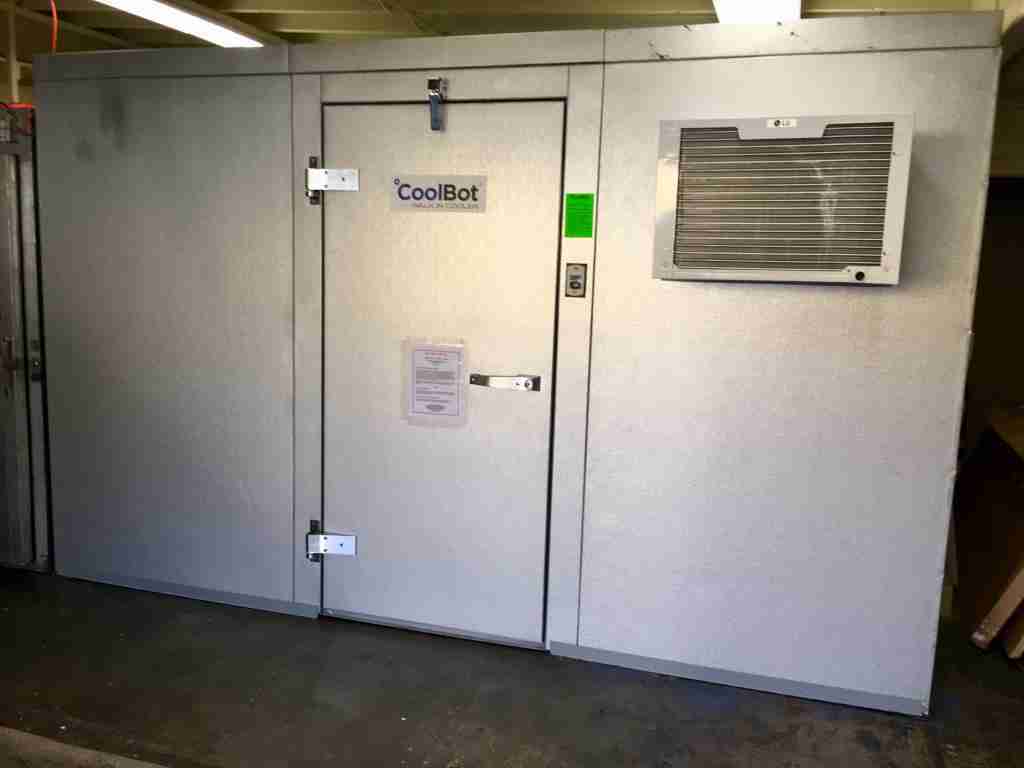 Once happily relocated to Santa Barbara, Dan started to miss — and he admits this does sound weird — working with the dead. “It’s a fascinating business. Unfortunately I couldn’t be death investigator in California. One has to be a sheriff’s deputy in California in order to be a death investigator, and I was too old to go through the Police Academy. So I started working at a “First Call Company,” using specially adapted vans, like a soccer mom, to come out first to pick up the body and take them to where they will eventually be.”

“Say you die in a car crash,” Dan breaks it down for us, “you’re taken to the county morgue. Then once they’re done doing their work, somebody needs to pick you up again and take you to the mortuary. The First Call Company does this: it transports bodies.”

One of the funeral homes Dan worked for as a First Call Company responder was Simply Remembered. He got to know the owner, a “very nice lady” who had been running the business with her son for about eight years. Her daughter lived in Dallas, and when her daughter had a baby, she quit the funeral business to pursue a career as a full time grandma.

That’s when Dan bought the Simply Remembered from her, roughly one year ago. “I was looking for a little direction and had been in a related field,” Dan explains. So Dan added funeral home owner to his resume. 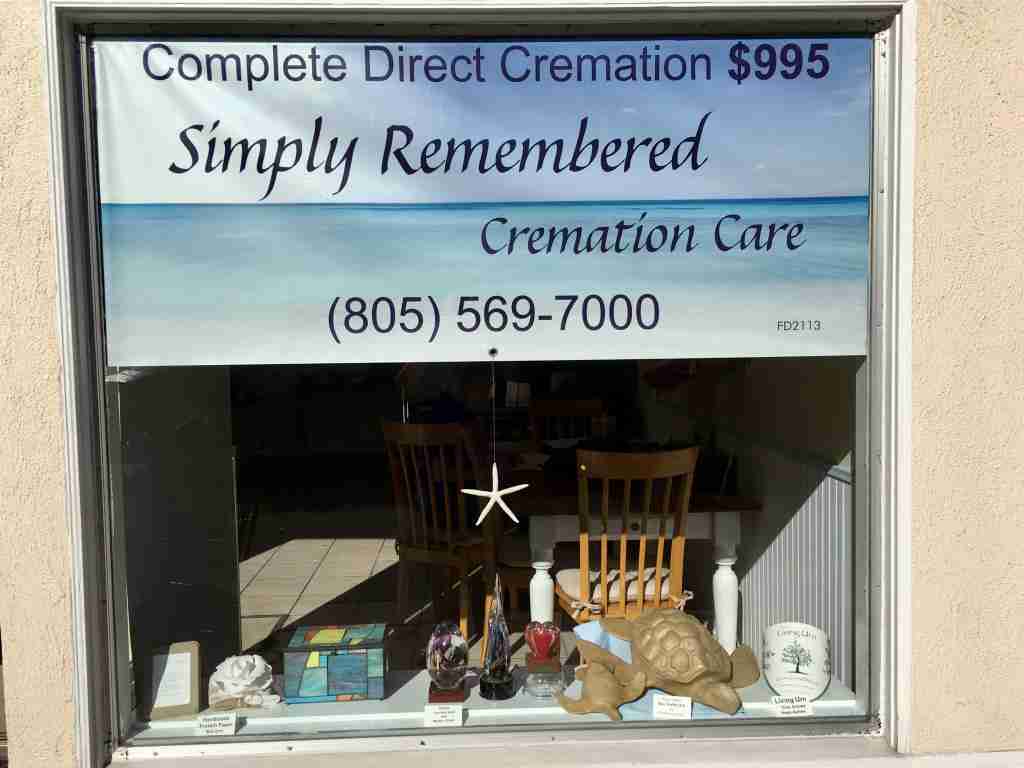 At Simply Remembered, they offer direct cremation, meaning that they pick up the body wherever the person has passed away and put them into refrigeration while all of the required paperwork is completed prior to burial and cremation. “Our guests are going to spend at least a couple days to a week in refrigeration,” Dan tells us.

With direct cremation, there is no casket, no hearse, no embalming and no traditional service in a church. “Direct cremation is literally direct,” Dan says. “Cremation is 63% of all dispositions — and growing! — in California.”

Simply Remembered also offers green burials, where a body is placed into a shroud or organic coffin made of rattan or woven sea grass that then breaks down easily as decomposition takes place. Because there is no embalming with cremations, the law states that the body must be refrigerated within 24 hours of passing.

Some bodies can require indefinite refrigeration, for example County Public Administrator cases. In these cases, when someone dies who is either homeless or can’t pay for a funeral service, the county takes over and conducts a mandated 30 days search to find next of kin — during which point the body must reside in a refrigerated space. If no next of kin is located in that time period, the county then pays for the cremation. Often these County Public Administrator case bodies will occupy space in a funeral home’s refrigerator for an entire month.

“Refrigeration is a vital aspect to the funeral industry,” Dan tells us.

“The funeral industry is the perfect market for Store It Cold, with such a revolutionary product as the CoolBot. The lack of capacity for storage is the bane of the existence of most funeral homes. Prior to our CoolBot, we just had the capacity to hold four ‘guests’ in a stand up cooler like you’d see in a commercial kitchen. And we exceeded that capacity a while ago. The problem you traditionally see is that a walk in cooler costs $20K and would’ve only given me the capacity of six to eight people. With the 8’x12’ CoolBot Walk In Cooler for about $5K, I’ve got capacity for twenty five people. I’ve become the largest refrigeration facility for human remains in Southern California because of CoolBot. It is literally a game changer in the funeral industry.” 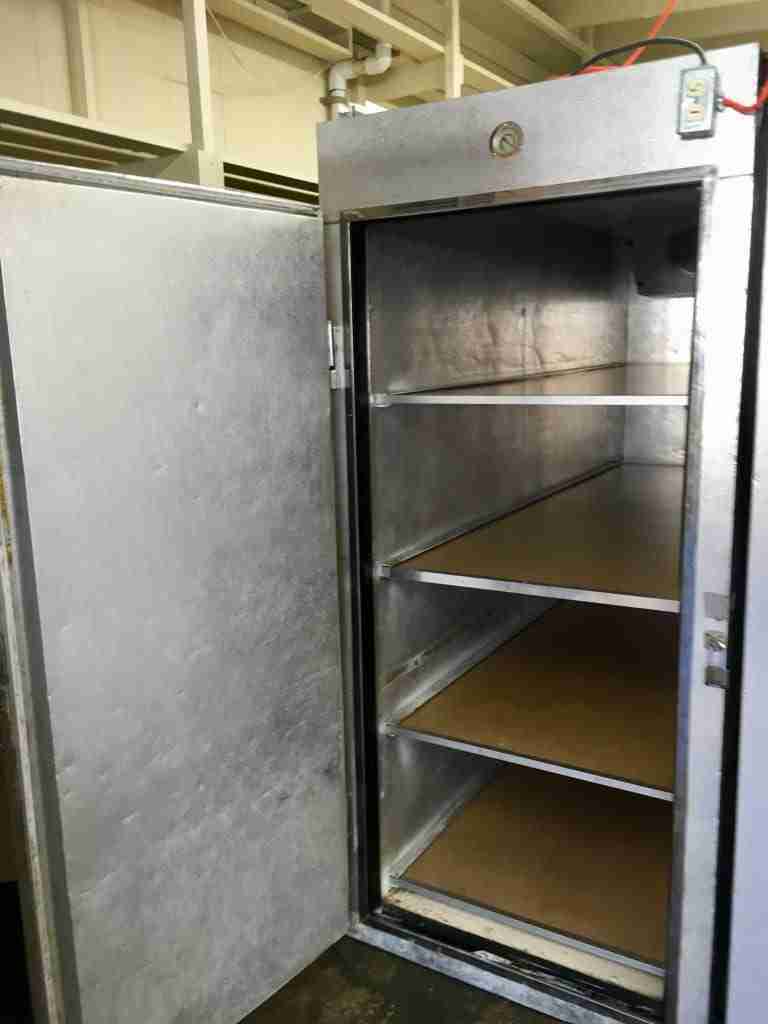 The previous owner of Simply Remembered had never been able to take on the potentially long term Public Administrator cases, because she only had the one small refrigerator that held four people. ”CoolBot allowed me the capacity to do Public Admin cases because of the increased capacity. And it’s definitely an account worth having, even if it just brings enough monthly income to cover my CoolBot payment.”

When Dan bought Simply Remembered about one year ago, he thought he would have to spend $20K on upgrading his refrigeration situation. He spent hours searching the internet before finding CoolBot.

The more he started looking into it, he was amazed.

“The difference between the window A/C unit that runs a CoolBot and a traditional refrigerator, where you’ve got to have the “A” Coils and unit on the roof and need to pay for an install, was unbelievable. With the CoolBot, my office manager and I had it together in one afternoon, just the two of us.”

Using a CoolBot to refrigerate dead bodies isn’t an entirely unique idea. During our work with USAID, we equipped several morgues in Guatemala with CoolBots, which was well received because it’s so affordable.

Just a couple weeks into owning his CoolBot, Dan explains how the best part is not just his significant increase in storage capacity, but the ease that a larger cooler has given him in terms of moving people around within it.

“Imagine my old unit,” he describes to us, “a tall silver box with four shelves. When you opened the door, the thing was about eight feet deep. You’d open the door and have to slide the person in feet first. So when you open the door, you see the top of a human head. One of the biggest advantages to CoolBot is that now it’s a walk-in situation, making it much easier to move people. Plus, you’re now standing right at their side rather than just looking at the top of their head and trying to push them in and pull them out.”

“The 8’x12’ CoolBot Walk In Cooler can fit twenty five bodies. That may give me the largest capacity of any funeral home in California. That is a huge selling point.”

Furthermore, Dan describes to how how difficult it was to maneuver bodies around the shelves in his old refrigerator. Because the top shelf was taller than his shoulder, he would have to lift a person up off the gurney with his nothing but his own two arms up and over the height of his shoulder, sliding them feet first into the cooler.

“So only the lightest people could go on the top shelf — and I’m a big guy, but still! We’re talking little old ladies weighing just 90 pounds or so, anybody bigger than that you can’t get them up there. This eliminated 25% of my entire capacity for storage.” 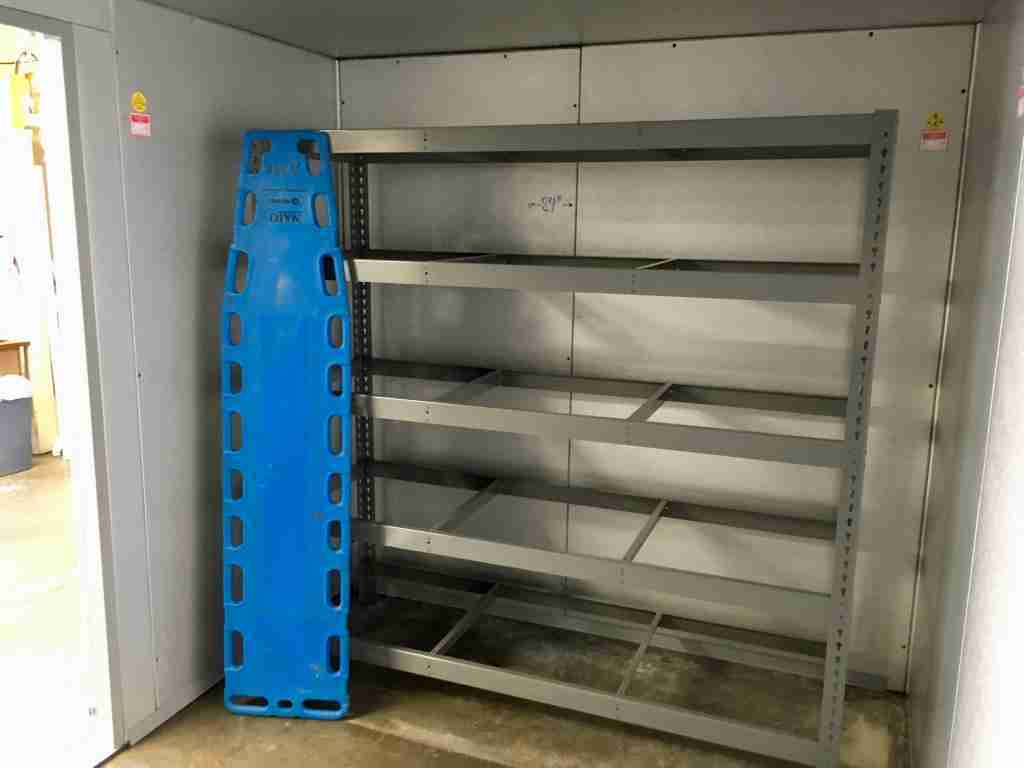 Now with the CoolBot, not only can Dan walk into his refrigerator, but he can also fit a mechanical lift inside. This means he can leave the person on the gurney and use an electric lift to crank it up. So, not only can he get people all the way up to the top shelf easily, but he has five shelving units within his 12 foot space. (Plus, his shelving units are on wheels!) Dan’s CoolBot WIC has a total of five shelving units, each able to fit five people.

“I truly think that the CoolBot is the best thing that has ever happened to funeral industry.”

Dan recently started a regional cremation/refrigeration facility and first thought was, “I can just move my CoolBot to wherever I’m going. The portability of it is just amazing.” Furthermore, the Mass Fatality Team that Dan is a part of, which typically has to commandeer refrigeration trucks from grocery stores during events, could absolutely use the CoolBot as an emergency response solution. “As easy as the CoolBot sets up with nothing more than an Allen wrench, it would be revolutionary for setting up out in the field,” he suggests.

“Not to be too morbid, but now that we’re seeing the Baby Boomer generation get increasingly older, the funeral home industry is going to see a huge surge in ‘clients’ over the next ten to twenty years,” Dan explains to us.

“Land is so expensive and coveted in and around Santa Barbara and there’s no real industrial area in the region. Therefore, they won’t let us have a crematory and we’ve got to outsource for that service. And as people are dying at an increasing rate, more people are getting cremated. But they won’t allow for more crematories. Something’s got to give. With the increase in demand without the increase in capacity, we’ll have to store people for longer. The turnaround time for getting your loved ones cremated and returned to you from the time they pass is increasing from one week to two, because you’ve got to wait for your appointment to be cremated. Therefore, increased refrigeration capacity is essential to funeral homes.”

“Every case is different, which is one of the best parts of this businesses,” says Dan. “Different families have different wishes.”

Dan’s off site refrigeration facility has just been equipped with WiFi, so Dan upgraded to a CoolBot Pro in order remotely ensure that his refrigerator is always kept below 50 degrees, as required by state law.

Stay tuned for our follow up with Dan in the future once he “test drives” his CoolBot Pro.