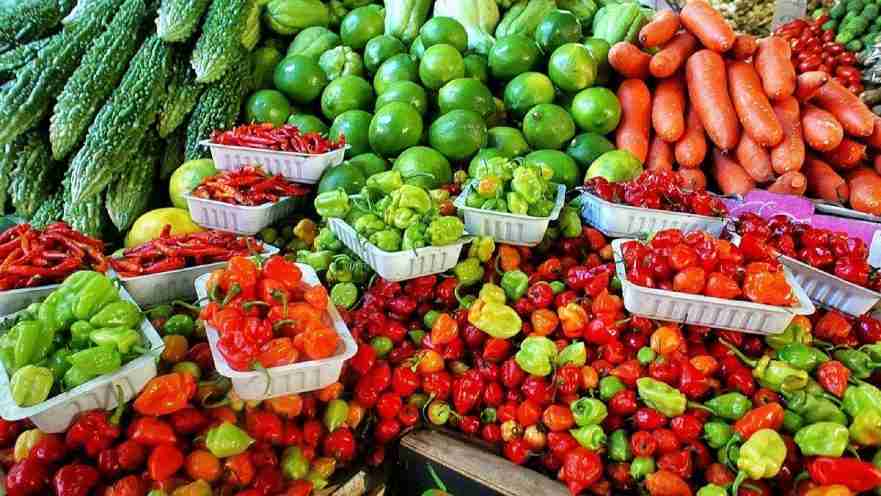 One of the best ways to maintain market-ready freshness to your fruits and veggies is to have a solid post-harvest cooling system in place. Use the tips below to find out if a hydrocooler might be right for you!

Hydrocooling is the process of bathing fresh produce in freezing water to remove heat. Methods of cooling fruits and veggies before sending them off to market play a key role in slowing their deterioration. In other words, reducing the rate that produce deteriorates can be thought of as extending its shelf life. With the expansion of both the physical and temporal distances between an artichoke in the field and an artichoke on someone’s plate, extending the shelf life of that artichoke is so important for farmers. But how does it work?

It’s Getting Hot Out There: The Problem

So why does running a vegetable through cold water extend its shelf life? This all boils down to something called field heat. Specifically, field heat refers to the temperature of the produce when it is harvested (often between 50-80 degrees Fahrenheit!). Fruits and veggies reach these high temperatures due to two main influences: external factors and the plant’s respiration.

First, external factors, such as the heat and humidity of the field during harvest,  impact the produce’s temperature. Because of this, many farmers choose to harvest at night to take advantage of the cooler conditions.

However, manipulated timing can’t change the plant’s respiration rate. It’s well known that plants are living organisms, but did you know that the produce continues to be alive even after harvesting? As a result, harvested fruits and vegetables continue respiration and react with oxygen to form carbon dioxide, water, and (you guessed it) heat.

Enter hydrocooling. By chilling the produce immediately after harvest, hydrocoolers combat both the factors influencing field heat. Additionally, the proper use of post-harvest cooling techniques can reduce the following deterioration issues:

How Does a Hydrocooler Work?

A hydrocooler produces chilled water and then moves this water into contact with the produce. Subsequently, a pump moves chilled water to cool warm produce, which is then re-cooled to be used again. For commercial practices, the water is usually kept at a temperature of around 31 degrees F. Depending on your budget and what resources you have available, the water can be chilled in a couple of different ways.

Do: Choose the chilling system that best works with your budget and capacity.

Hydrocoolers efficiently remove the field heat from produce. That is to say, the hydrocooling process more quickly cools produce in comparison to other methods of cooling. However, it requires large amounts of energy to keep the water at those near-freezing temperatures. Because of this, hydrocooling makes a great introductory method to remove the field heat from the produce. After that, turn to other methods of keeping produce chilled for the long term.

Do: Use hydrocooling as the primary method to cool produce.

Don’t: Rely solely on hydrocooling to keep your produce fresh.

Not for Everything: The Best and Worst Produce for Hydrocooling

As a result of the hydrocoolers showering fruits and veggies with water, it can sometimes cause more harm than good. Produce that is susceptible to getting wet (like potatoes) or extremely delicate (raspberries) don’t fare well with hydrocooling. You can refer to the chart below for common types of produce that do and don’t do well with a hydrocooler.

Maybe you grow more delicate crops, and a hydrocooler isn’t the right choice. Or you’ve already used the hydrocooler post-harvest and are ready to find an option for longer-term chilling. The following list proposes some other choices for keeping that produce chilled! Be sure to check out the CoolBot options for efficient and inexpensive cooling systems.

Room cooling is done by chilling a room using refrigeration units and is an excellent choice for keeping pre-chilled produce cool! With the intentional design and directional placement of fans, room cooling can also be energy efficient.

Using either crushed ice packed on top of produce containers or an icy slurry pumped into the produce packaging, icing is a great choice for keeping produce chilled post-packaging. A relatively energy-efficient process, icing works well for produce that has a high respiration rate.

In this method, the air surrounding the produce is vacuumed out, lowering its temperature by causing water to evaporate (similar to how sweating keeps us humans cool). This method is effective for produce that could be damaged by the pressure of hydrocooling, though it does put fruits and veggies at risk of wilting. Though energy-efficient, the equipment can be expensive.

Be sure to check out CoolBot’s selection of walk-in refrigerators and controllers for accessible and affordable chilling units!

[Featured image by skeeze from Pixabay]