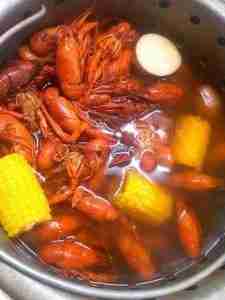 What do you do when it’s 114°F outside and your cooler compressor gives up?

That’s exactly the situation Travis Tarver found himself in this past summer, when the compressor on his cooler failed and the evaporator started leaking. This is annoying at any time, but for Tarver, there was a lot riding on his ability to find a solution fast.

Tarver owns Davidson Fish Company, a popular destination for seafood lovers in West Memphis, Arkansas. He opened the business in 2009 after losing his job in the Great Recession. “I had to make a living somehow or other,” Tarver says. “So we started fishing, which was a passion of mine anyway.”

In just a few short years, Tarver went from “selling a few fish here and there” to opening a brick-and-mortar business that specializes in freshwater fish from local areas. Today, the market has five full-time employees.

And they were all at risk of losing their jobs if the company couldn’t keep their products cold. The Health Department requires fish to be held at 40°F or below. Not only do inspectors visit periodically, but the companies themselves are required to keep temperature logs to show that they’re in compliance with the law.

“That’s one reason I was in a panic when our cooling system went out,” Tarver says. “We are a processing spot and we have to have cold storage — no ifs, ands, or buts about it! Your equipment never quits when it’s cold outside. It’s always in the summer when you need it the most.”

Davidson Fish Company has a unique use for cold storage. It isn’t for keeping their products cold — they do that with ice, which also keeps the fish from drying out. This is why if you go to your local fish market or grocery store, the products in the seafood case are sitting in ice. “The ice makes a kind of Ziploc bag to hold the moisture in,” Tarver explains.

Instead, the cooling system is there to slow down the ice melt. “We can’t produce enough ice to not have a cooling system,” Tarver says. “When we first discovered our refrigeration unit went out, we could slow our ice production enough to not overwhelm the processing facility. But we could only do so much before we got cold storage — cold storage and ice production go hand in hand.

So, why did he decide to retrofit his cooler with a CoolBot refrigeration system rather than just getting his old one fixed?

Well, as you can imagine, Davidson Fish Company wasn’t the only business suffering in the heat wave. “I couldn’t get anyone from the HVAC company to even come talk to me during that time of year because they were swamped, booked up solid,” Tarver says. “I’m an independent operator and they have to service grocery stores and other chains — anyone who has a cooler that’s going to fail when it’s 114°F. I was last in line to get my system worked on.”

By then, it would have been too late.

Tarver found the CoolBot online. He has a friend who’s an HVAC person, and he remembered a conversation about a way to trick an air conditioner, so he started Googling. “I watched the videos online and read the reviews. I did a nonstop 24-hour crash course on the CoolBot. The whole time, I was thinking ‘Is this really going to work?’”

He was skeptical about the CoolBot’s ability to get down to 34°F. He also knew he had a unique application — a very wet environment. “With the high humidity in my cooler, I didn’t think the heating element and defrost sensor would work. A lot of the people I saw were using it for flowers or mushrooms, and they wouldn’t subject it to the same type of abuse. I worried that it would freeze up solid as soon as I turned it on.”

But, with no hope of getting his current system fixed, he needed a solution and he needed it right away. “I was under the gun. We were hurting without cold storage. I figured I had nothing to lose,” he says. “So I took a chance.”
Tarver spent some time on the phone and exchanging emails with Freddy, Katie, and other members of our team to make sure he understood the whole process and that the air conditioner would be compatible. “My cooler isn’t made of gold, but I didn’t want to cut a hole in it and install something that wasn’t going to work,” he said.

When he was satisfied that everything was in order, he took the leap. Within a couple of hours, he had his 7’x14’ walk-in cooler (which is insulated to R36) down to 40°F. 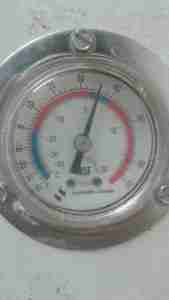 “I spent less than $700 on my 24K BTU GE air conditioner and the CoolBot combined. To fix my other system, I was looking at about $5,000 and two weeks of downtime,” Tarver says.

“This DIY system has already saved me the initial investment in cost of ice, downtime, and product loss we would have incurred. The CoolBot saved our business in 114°F July heat.”

And, despite his initial plans, he’s not planning to go back to traditional refrigeration.

“I thought the CoolBot was just going to be a temporary system until I could get a new one installed. But it’s doing better than my previous system. I put three or four compressors on that, and then I got a hole in my evaporator that leaked the freon. I couldn’t put Band-Aids on it anymore. The other day, I walked into my cooler and it was borderline 32°F. I actually had to turn it up. I plugged the CoolBot in and turned it on, and it just freaking works as stated! The next time I hear from the HVAC company, I’m going to say ‘no, thank you’ and show them my CoolBot.”

If you’re in West Memphis and you’d like a taste of some fresh, local catfish, buffalo fish, crawfish, and much more, head down to Davidson Fish Company at 1322 E Broadway. If you’re not in the area, give them a call — they can ship products directly to your door. They’ll also be opening an e-commerce store soon, so you’ll be able to order delicious seafood directly online.