“Would you like fries with that?” Yes, of course you would. And chances are that those fries came from the pre-nuclear seed potatoes grown in the University of Idaho’s greenhouses.

We know what you’re thinking: WTF are nuclear seed potatoes?

Were Christopher Walken and Sissy Spacek growing them in their bunker in “Blast From The Past”? Or maybe you’ve read about them in an Onion headline, referencing North Korea’s latest export business.

Spoiler: Nuclear potatoes are way less scary (and less radioactive) than they sound.

Jenny Durrin, University of Idaho’s Director of Nuclear Seed Potato Program, explains to us, “Pre-nuclear seed potatoes are the first generation of seed potatoes. We have a laboratory where potatoes are “cleaned” of all viruses and diseases and kept as tissue culture plantlets.”

These plantlets are grown in the greenhouse and they produce pre-nuclear seed potatoes. University of Idaho sells these minitubers, as they’re otherwise known, to seed potato farmers, who then multiply them in the field for several generations before selling their seed potatoes to commercial growers who ultimately sell to McDonalds, KFC, etc.

These mintubers are extremely valuable, and the farmers and scientists caring for them take special care to insure that they produce the very best — and cool storage is a key factor. 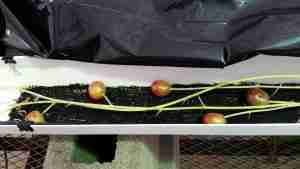 The University of Idaho’s Nuclear Seed Potato Program is made up of an on-campus lab and greenhouse on the University’s farm, where plants are grown in gallon pots. Here, the University maintains germplasms of over three hundred potato varieties, from Purple Pelissa and Magic Molly to Nooksack and Heirloom, plus a bunch of really old strains and some of the newest cutting edge varieties — not unlike that wildly popular and legal Colorado greenhouse plant, with all of its flavors and funny names.

The reason the minitubers are so valuable is because they’re produced from sterile tissues cultures, certified free of all pathogens and disease. Minitubers are put through rigorous testing to achieve their prestigious certification by the Idaho Crop Improvement Association.

These minitubers are so sought after and desired by potato farmers because, typically, potatoes grown outside in the field are quite susceptible to disease and infection, which then is transferred from mother to daughter tuber throughout the entire crop. So if you start your crop with virus-free potatoes, you’re more likely to yield a healthy harvest.

Minitubers aside, the actual potato storage is a whole thing in itself. “Potatoes are modified stems,” Matt Roth, University of Idaho’s Greenhouse Manager, explains. “They’re still respiring, letting out water and taking in oxygen.”

Most of us wouldn’t think twice before leaving a bag of taters in some dim corner of the kitchen, but storing the University of Idaho’s nuclear seed potatoes is bit more complicated. They need to be kept cold for an extended period of time at 39°F with about 95% relative humidity — which is a challenging climate to maintain.

For a while, the University of Idaho’s nuclear seed potato program wasn’t getting a whole lot of recognition. But recently, the importance of the program to the potato industry has gained greater awareness, and with that awareness came more funding. With more funding, came more production and ultimately the need for more potato storage. But not just more physical space — higher quality storage, as well. 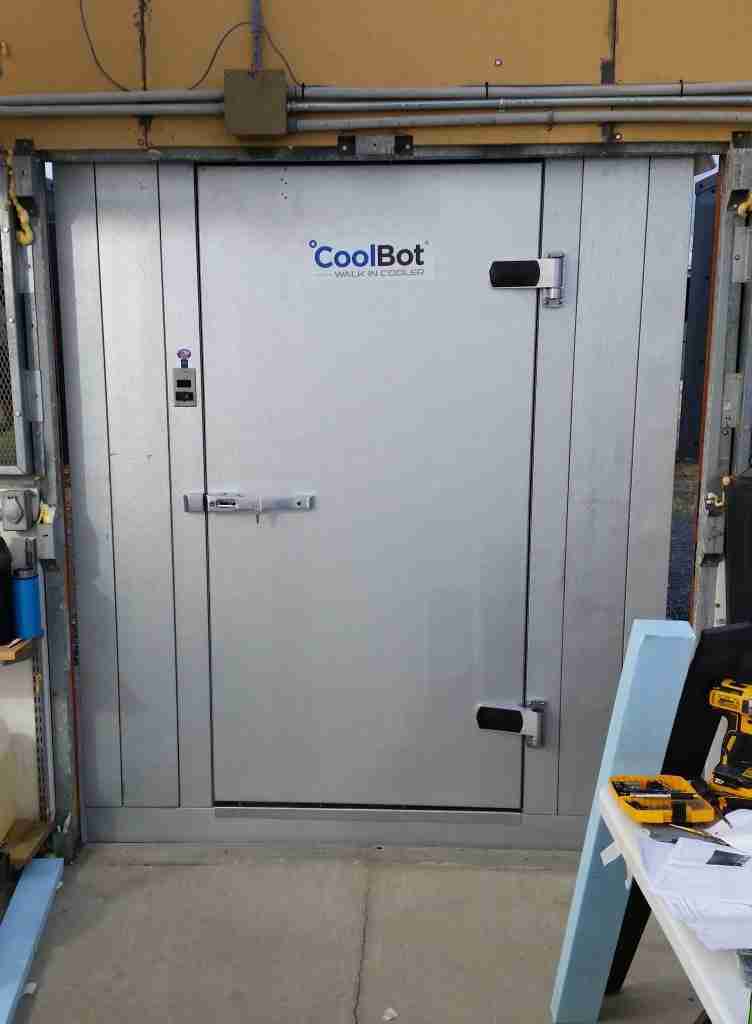 This year, the University added a third crop to their annual output, compared to just two crops in years past. They have historically worked on a pretty modest scale, efficiently utilizing their allocated 12×10 foot space. Matt and his staff have a real DIY mentality, so when they heard about the CoolBot from one of their customers, they were intrigued. It seemed like the perfect solution to their new storage conundrum.

Don’t Fry This At Home

The University of Idaho purchased a 6×6 CoolBot unit from Store It Cold. They were instantly impressed with the price point, the variety of sizes available and the ease with which they were able to install it. Another appealing aspect of this unit was that — because it’s so quick and simple to install — they could keep another backup A/C unit on hand, so in case there was some glitch in the matrix, they would be able to pull out the original unit and swap it out with the new one without losing any product.

The CoolBot also allows the potatoes to cool down gradually from room temperature to the desired 39°F, which is ideal. Even though the unit’s hinges fit a bit funky into this retrofitted greenhouse, Matt was able to modify the greenhouse wall instead of the CoolBot walk-in cooler to make it work. And he appreciated how “the technical drawings (for the install) were spot on.” 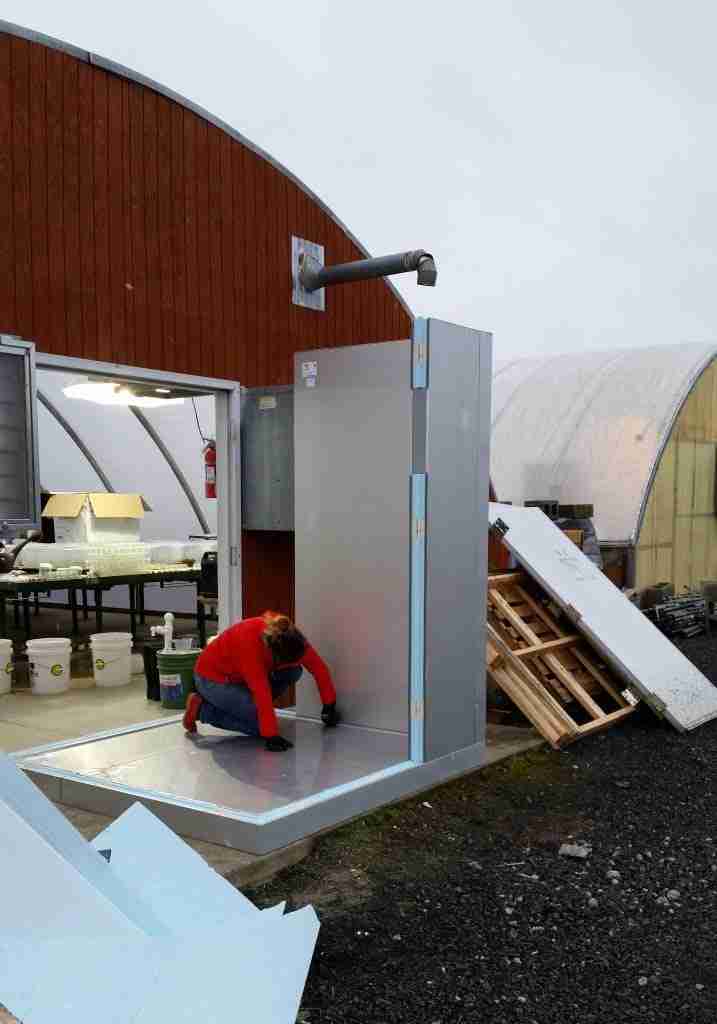 One feature Jenny and Matt would love to see on future CoolBot models would be a humidification adjustment setting. It would be ideal for them if there was some sort of control for a small space heater, where you could have the A/C unit and heater on the same circuit, without worrying that they’d be on at the same time. They added a small humidifier to their storage room, but noted that if there was a way to plug it directly into the CoolBot, that would be preferable.

The University of Idaho’s Nuclear Seed Potato Program is extremely important to Idaho and the Pacific Northwest. Check out the following spud facts and figures that Jenny and Matt shared with us: 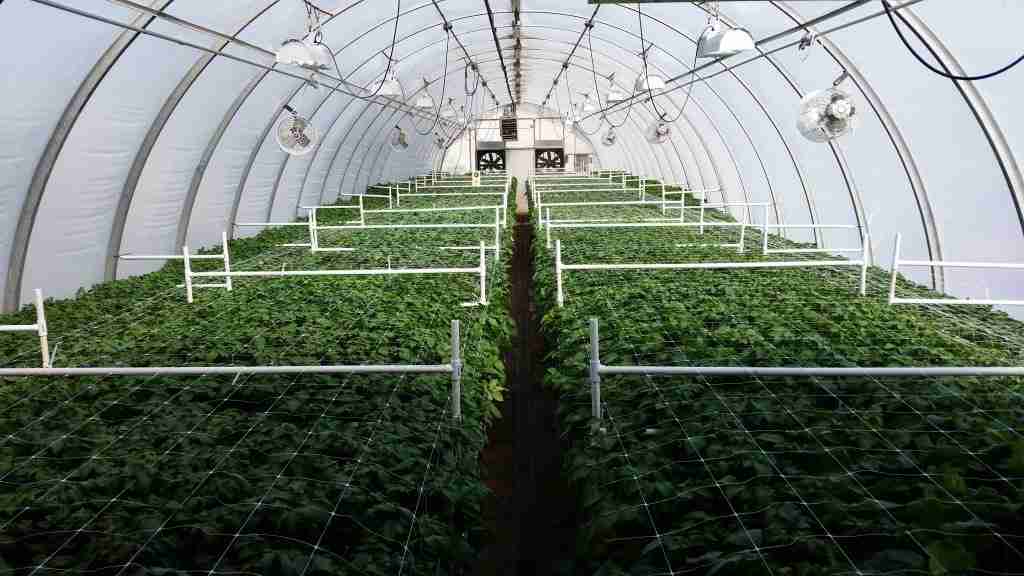 Moving forward, University of Idaho has plans in the works to open a new lab and greenhouse facility. “We could definitely use CoolBot in the lab, as well. We need to keep both the plantlets and microtubers at 45°F, so we have quite a bit of cooling needs,” says Jenny. 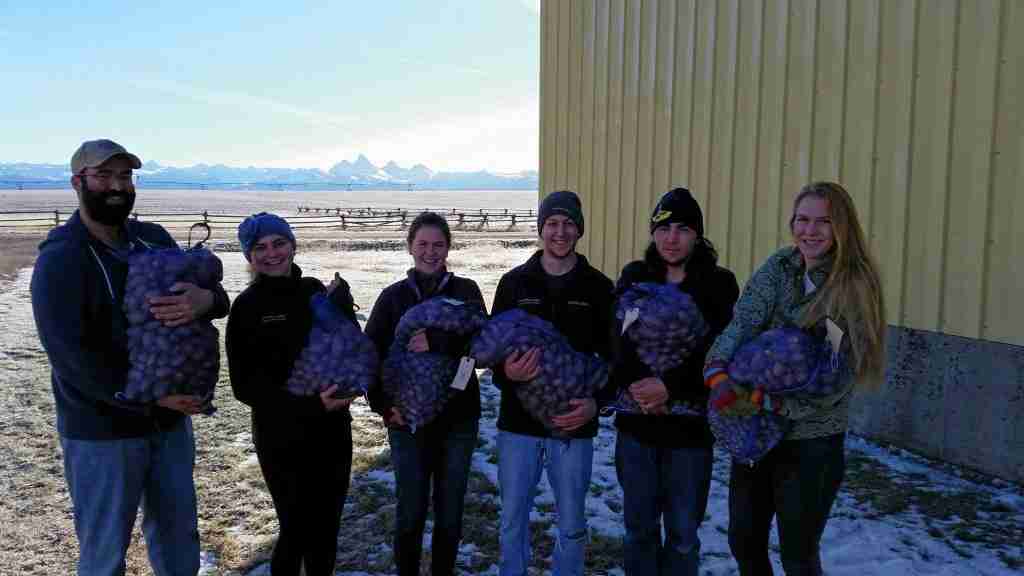