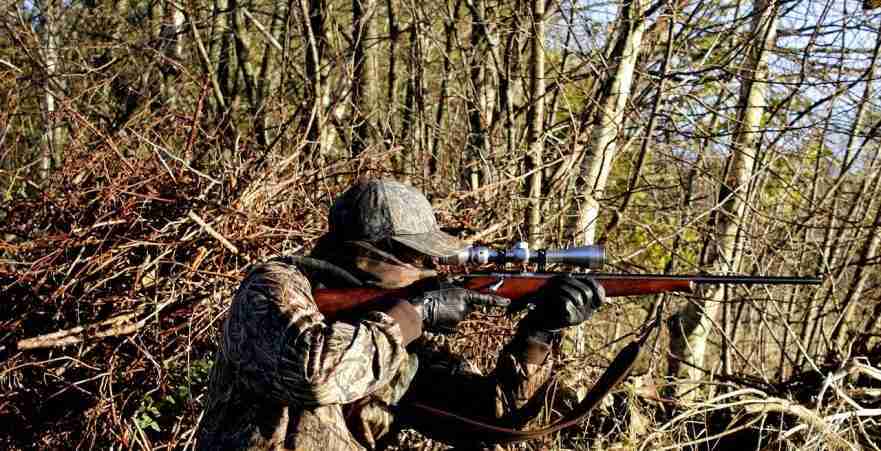 Hunting is typically associated with cold, fall weather: perhaps a little snow on the ground, lots of warm layers. Why is fall hunting season, and not spring hunting season, the norm? Why can’t hunters pursue their passion in the spring?

Hunting Seasons are Determined by States

Each state has its own version of a department that regulates hunting. In California, this is the Department of Fish and Wildlife. In Texas, it is the Parks and Wildlife Department. Whatever the precise name, these departments are responsible for setting the opening and closing dates for all the hunting seasons on public land. These agencies also regulate some hunting on private land. In addition, these agencies issue a set number of hunting tags for regulated species.

The Purpose of Hunting Seasons is to Keep Wildlife Around

The goal of setting hunting seasons and tag limits, from the perspective of a state wildlife manager, is to balance the population of an animal with the enthusiasm of the hunters. Most wildlife managers try to keep wildlife numbers at a viable population level over time. Were hunting season completely open and unlimited, hunters would likely take too many animals. If hunters took too many animals year after year, it would cause animal populations to crash.

In order to effectively manage wildlife populations, managers must time hunting seasons with a species’ biology. This informed decision-making ensures the proper amount of animals is taken without harming the overall population. One of the most important biological factors managers use is the reproductive cycle of the species. This is especially true for land animals. Other factors managers may consider are how hunting will impact other species, the population trend of a species over years, and whether more or fewer animals were captured last year than anticipated. The California Dungeness crab season, for example, is set to minimize the possibility of migrating whales becoming tangled in crab pots.

In general, the species of animals people want to hunt are most vulnerable in the spring. Just as the day is coldest just before the dawn, animals are weakest just as spring beings. Spring animals are often hungry, thin, and weak.

Why Managers Don’t Allow a Spring Hunting Season for Deer

What about male deer? While males aren’t crucial to the raising of the next generation, there is another big reason to avoid hunting them in the spring. Bucks shed their antlers every year after mating, which occurs in the late fall. This also means their antlers are largest just before they shed them, which is during the designated fall hunting season. For many hunters, the trophy of antlers is a main goal of the hunt. The same logic applies to elk.

There are Some Spring Hunting Seasons

In general, wildlife population management means that fall hunting will have a smaller impact. Game managers typically want to allow the most hunting with the least impact on the population. Thus, fall hunting season. However, sometimes game managers have different goals in mind. For some species, managers want hunting to have the biggest impact on the overall population. The two big spring hunting season exceptions are wild boar and turkeys.

Managers Want to Get Rid of Wild Boars

Since wild boars are considered a pest, most states do not restrict hunting of the species. California, for example, offers unlimited boar tags to hunters at $25 a pop. In Texas, hunters no longer even need a tag to take wild boar on private land. Game managers hope that by opening up hunting, hunters will put downward pressure on boar populations.

Turkeys are Another Animal for Spring Hunting Season

Turkeys, on the other hand, are a native species. Interestingly, scientists think the population of turkeys is higher than it ever has been, at about 8 million birds. Since there are so many turkeys across the nation, game managers aren’t particularly concerned with a spring hunting season threatening the population. In addition, hunters prefer to pursue turkeys in the spring because they gobble during this time of year. Every state has a spring turkey hunting season.

If you are itching to get out this spring, see if you can grab yourself a turkey or boar tag. Those are your best bets for some fruitful, early-season hunting.

Spring hunting poses some special challenges that fall hunting does not. Most importantly, temperatures in the spring are generally warmer than during the fall hunting season. This means that meat spoils more quickly in the spring if left out in the elements. The best way to prevent your deer or turkey from spoiling is to keep it around 34F for 3-5 days (link to prior hunting season article here). While regular refrigerators or freezer chests can suffice for smaller hunts, a walk-in cooler does the job the best for multiple animals. A DIY walk-in cooler ensures proper airflow as well as consistent, cool temperatures. As an added bonus, you might have space to help your pals store their meat as well. As the temperatures climb and flowers begin to bud and open, be sure to enjoy the exciting spring hunting season!