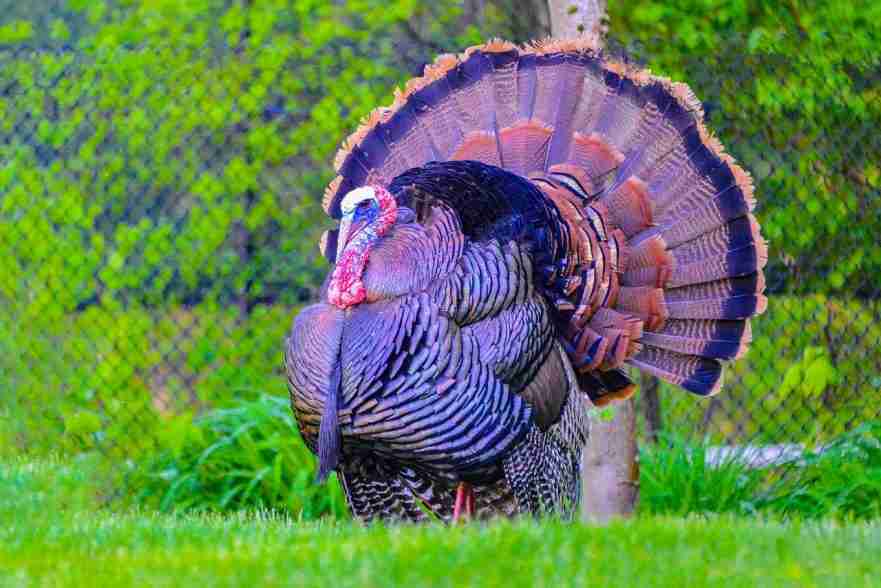 The sound of gobbles and the scent of wildflowers fill the spring air during turkey season across North America. Hunting these birds is a cherished tradition across the continent. These beautiful birds are great for hunting, eating, and appreciating.

Scientists estimate about 8 million turkeys live across North America. The vast majority (almost 90%) live in the U.S. Due to strong, coordinated conservation efforts, these birds are more common and abundant than they were fifty years ago. Thanks to this conservation, every state except Alaska has a spring hunting season for turkey. And that’s simply because the turkey range doesn’t extend into Alaska. After deer, turkey is the most common animal hunters choose to hunt. There are a few key things to know before heading out for your spring turkey season.

The Different Kinds of Turkeys

There are only two species of turkey in the world. The wild turkey lives in vast regions throughout North America and is the only turkey found in the U.S. It lives from the arid deserts of the southwest to the frigid forests of Minnesota to the muggy swamps of the American south.

The ocellated turkey is a much smaller bird that only lives in southern Mexico and parts of Central America. While there are only two species of turkey, there are five subspecies of the wild turkey.

A group of wild turkeys walks across a meadow. Photo by Charles Risen via Pixabay.

This turkey is the only turkey found east of the Great Plains (excluding Florida). In the U.S. it roams anywhere between Minnesota, Louisiana Maine, and Florida. It also inhabits southern Ontario and Quebec in Canada.

Merriam’s wild turkey lives in mountain ranges up and down the Rocky Mountains. From northern Washington to southern Arizona and New Mexico, this turkey is a rugged mountain bird. Populations of Merriam’s wild turkey have naturally expanded their range from the U.S. to British Columbia in recent years. Introduced populations of the birds live in Alberta and Manitoba as well.

This wild turkey is found throughout interior Mexico and in extreme southern Mexico and Arizona.

This Rio Grande wild turkey has the most sporadic distribution of turkey subspecies. It lives throughout California, Oregon, Nevada, and Utah. However, its main populations are in Nebraska, Kansas, and Texas.

The second species of wild turkey, the Ocellated turkey, lives in the Yucatan peninsula of Mexico. It is about one-third the size of most mature wild turkeys found in America. This turkey also lives in Guatemala and Belize. This bird is considered “near threatened” with extinction due to land-use conversion and over-hunting.

A close up of wild turkey plumage. Photo by Hans Braxmeier via Pixabay.

The spring hunting season for wild turkey depends on the region. Hunters like pursuing turkeys in the spring because males gobble to attract females. Hunters are often able to draw the birds to clearings by mimicking these gobbles. Once in clearings, hunters have clear shots at their targets.

While some states have more robust conservation plans than others, agencies generally try to open the turkey season after mating has begun. The fittest turkeys mate first in the season. After mating, the hens lay on their eggs in solitude. With these hens quietly rearing the next generation of turkeys, hunters take to the woods to take turkeys.

Because the spring turkey season is generally determined by natural cues in turkey biology, it varies from region to region. States in the southern region of the U.S. open their seasons first, since they experience spring earlier.

A man goes out hunting in the spring. Photo by Dimitris Vetsikas via Pixabay.

For example, parts of Texas open their spring turkey season as early as March 20th. California also opens areas at the end of March.

Across the middle latitudes of the country, spring turkey season generally opens around the middle of April. In Missouri, the season begins on April 19th. Slightly to the east, in Kentucky, the season lasts 23 days, beginning on the Saturday closest to April 15th.

How Long Does the Spring Turkey Season Last?

Spring turkey seasons generally last three to six weeks depending on the region. Many states open the season a week or two early for young hunters. This allows youth to take a crack at the birds before the more experienced hunters take the easy turkeys.

An example of a DIY home walk-in cooler being used to store turkeys. Here you can see all the main components; the controller (left), the AC unit, and the insulation. Image courtesy of Instagram user @theflipflopbarnyard.

Hopefully, you are successful in harvesting a turkey during your spring turkey season hunt. If you are, you’re going to need a way to store all the meat. A mature wild turkey will yield more meat than most people have space for in their kitchen refrigerator.

One option to keep your meat longer is to cure it. Properly cured poultry can last up to a year in the freezer! This way, you can enjoy wild turkey meat year-round.

DIY coolers can be a fun, economical option for hunters to store their precious meat. All you need for a DIY cooler is an AC unit, a controller, an insulated space, and access to electricity. If you hunt a lot, you could even install an entire DIY cooler room.

Hunting is one of America’s greatest pastimes. As you carry on this deep tradition, make sure not to waste any part of the bird deemed useful. Proper processing and storage of your turkey will ensure you get the most out of every bird.