Bunnie Gulick is the brains behind the operation of ISUN Visions LLC. She’s the creator of the company that’s been producing organic, wildcrafted skincare products for the last decade.

While you may see all sorts of heady soaps, lotions and formulas available on the shelves of the Whole Foods these days, Bunnie has been leading the forefront of the movement towards organic skincare products from the beginning, using exclusively earth-based ingredients.

While everyone initially scoffed at the natural skincare product industry, preferring instead to use popular brand names promoted by shiny models and endorsed by celebrities, there has been a major paradigm shift towards organic products in recent years. ISUN Visions LLC started as a modest business, but the demand for their products has gotten so high that they’ve had to expand and evolve to accommodate. 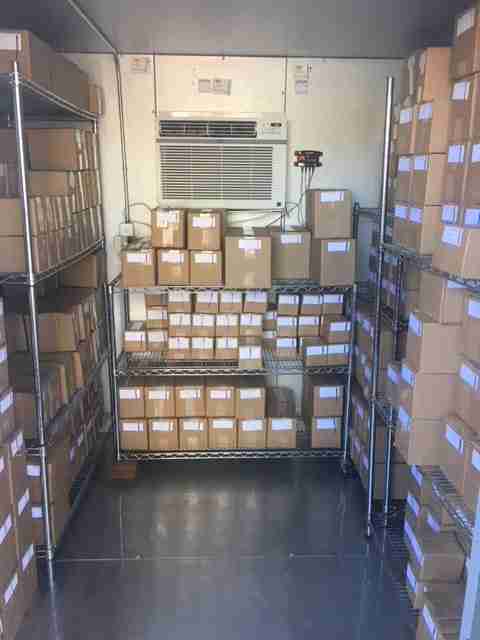 ISUN Visions LLC’s products are comprised of fresh roots, herbs and oils that Bunnie has personally sourced from all over the world. No artificial preservatives are ever added, only natural preservatives such as aspen bark. Because of this, there are no extended expiration dates on their products.

ISUN Visions LLC prides themselves on the integrity of their products, literally from the ground up, starting with the ingredients which are all sourced directly from Mother Earth and processed on-site in Ridgeway, CO.
Because of the sensitive nature of these ingredients, the staff at ISUN must ensure that all raw materials are stored in a dark, cool environment.

The storage of these ingredients is very important, both in bulk and in the finished and packaged products. Furthermore, the separation and storage of the ISUN products is very specific: raw ingredients in one cooler, finished bulk product in another and packaged product in another. Each storage cooler has an extremely specific function, a unique role in ISUN’s production process.

“If you rate the success and growth of your business by how many CoolBots you’ve got, we’re doing pretty great,” jokes ISUN Visions LLC’s General Manager Damian Salstrand. “It’s something we’ll start factoring in during our quarter and annual reviews.”

Bunnie first came across the CoolBot while surfing the web. ISUN had outgrown their current operation and needed several walk-in cooling options. She had previously received quotes for units that cost between $12,000 and $24,000, which would be a massive investment. Instead, they ended up purchasing the original prefab walk-in cooler right out of Store It Cold’s Denver office.

“Brian and Freddy got caught in snow storm on way to deliver the unit in Ridgeway,” Damian recalls. “Those boys were awesome! They were actually putting it together when the storm hit, with ice and rain just coming down on them. And they just stuck right to it! They really showed their commitment to their customers that day.”

Few companies send their CEO and Brand Operations Manager out to deliver coolers in snow storms — but Store It Cold does.

Damian describes how ISUN continued to grow their platform after the first cooler install. “The first unit worked so well in regard to the space, the size and the availability to get in and out with such ease. It was a no brainer that we’d get a second… and then third. Very soon after the second CoolBot was in place, we had a request for a third — one even larger than first two. And it’s been absolutely perfect.” 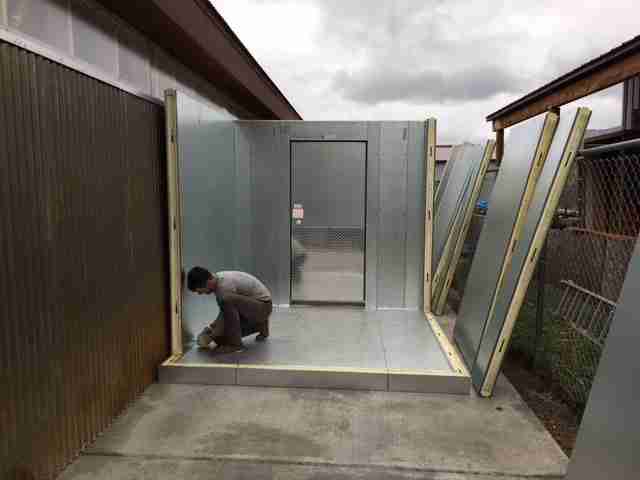 Prior to purchasing their CoolBots, ISUN Visions LLC had been manufacturing product in much smaller volume, which was a very costly process. They were using overhead to produce just 10 kilos, versus the 100 kilos that they’re outputting currently. The smaller refrigeration units were restricting the size of the product production, and making it much more costly to store and cool each batch. Now, with all their additional storage, ISUN Visions LLC is able to produce much larger volumes of product.

“We’re blessed to be a part of the Ridgeway community and to have partners like Store It Cold,” Damian explains. “Our small business here in Colorado is able to operate very consciously. What we put on our skin and in our bodies, what we put out into the world in regard to our intentions and the footprint that we leave. So the fact that we could have such an easy process with such a minimal footprint in regard to the resources we use, it’s great. Plus, the savings that these units have provided us is priceless.”

“It’s a fantastic marriage between ISUN and Store It Cold,” Damian concludes. “Being able to ensure that we’re not using as much electricity as most units — by a lot! — is really helping us to continue to grow our business in different ways.”