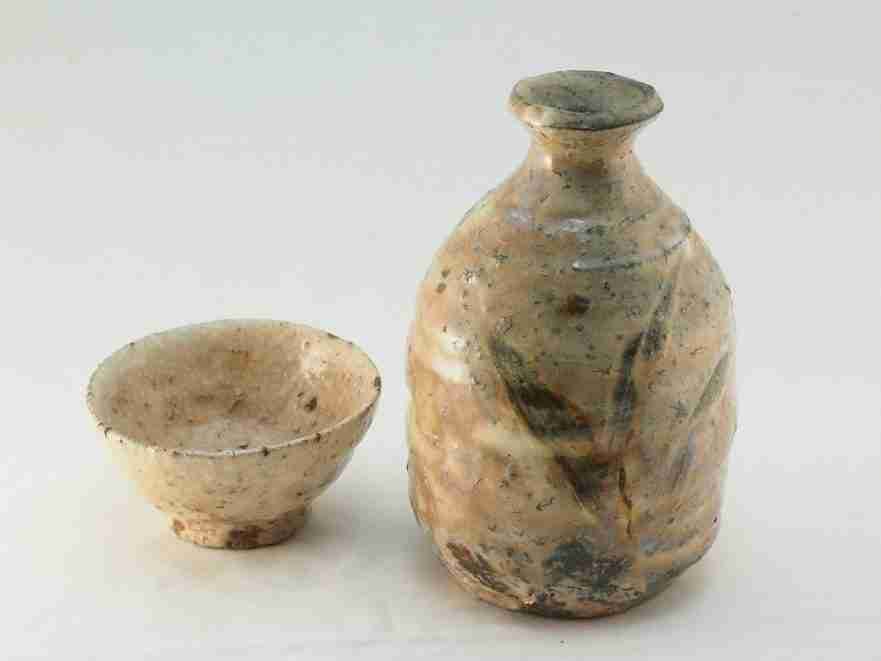 The sweet, clean taste of Japan’s national drink has long since hopped the oceans and made waves on eager tastebuds around the world. Unlike wine, sake is made from fermented rice instead of grapes.

The process of making this “rice” wine is akin to that of fermenting beer – and is totally possible to try at home if you’re feeling adventurous.

Here’s a beginner’s guide to sake – how to brew it, store it correctly, and of course, enjoy this celebratory drink in your own home.

The origin story of sake is as opaquely foggy as the drink itself can sometimes be. But we do know that the tradition is old.

The first written reference to sake is from a Chinese text that describes Japanese drinking and dancing culture called Record Of The Three Kingdoms – written in the 3rd century. At one point in history, there were over 30,000 breweries on the island of Japan before taxes on the industry dwindled that number over time. There are an estimated 2,552 breweries in Japan today.

Sake is still served and imbued with ceremony, connecting the beverage to the rich history it embodies. The drink is generally served in an earthen, ceramic, or porcelain bottle and sipped from a small cup called a sakazuki.

Similar to other wines found around the world, the serving temperature of sake varies greatly and depends upon the type of sake being ingested.

There are two main types of sake: Futsū-shu (普通酒, ordinary sake) and Tokutei meishō-shu (特定名称酒, special-designation sake). Futsū-shu is the more common of the two and the majority of sake production is this “table wine” variety.

How To Brew Sake

The world of sake has a lot of variety – in addition to the two types of sake, there are different grades of sake and various “starter mash” recipes. There are 10 different ways of handling the sake post-fermentation and other versions including Amazake (low alcohol content), Doburoku (classic homebrew style, now illegal in Japan), Jizake (similar to a microbrew), and Kuroshu (made with brown rice).

If there is a specific style of sake that you’re wanting to attempt, be sure to research what makes that type of sake distinct and find specific recipes for that style.

As is always the case when brewing alcoholic beverages: Sugar plus yeast equals alcohol and carbon dioxide. Everything else is a variable of culture, ingredients, time, and preference.

Below is a rudimentary six-step guide to begin understanding and experimenting with brewing sake. There are a lot of options and recipes out on the world-wide web. And if you are a sake connoisseur or an experienced home-brewer with access to supplies and resources, you may want to try something more advanced such as this koji recipe or moto. The following recipe is from JD Handley of Homebrewtalk and will guide you to home sake success:

Stop! Before you begin, and as you go about every step of this process, clean your equipment. And by clean, I mean sanitize. This is important to do to avoid spoiling your brew with unwanted bacteria.

I know it’s tempting to just start without taking this precaution, and to move quickly as you taste test, but it’s important and can be as easy as soaking your equipment in boiling water for a couple of minutes.

Step Two: Cook The Koji And The Rice

Follow the directions on the koji packet- depending on the brand, you may need to use it promptly.  Allow it to cool on a steralized pan and then separate it into 4 parts – each part bigger than the last. Take the smallest part and put it in your jar. Take the remaining parts and put them in their own separate plastic bags and place those in the freezer.

Soak the rice in cold water over night but for less than 12 hours. Then steam the rice so that it is firm but not crunchy. Once the rice is cooked, let it cool down by spreading out the rice on a sanatized baking sheet. Separate it similar to the way you did with the koji, into 4 parts with each part larger than the previous.

Allow this to sit for 48 hours, stirring twice a day.

The rice should look really mushy by now. Add in your yeast and immediately cool the jar down to below 60 degrees for a minimum of 12 hours to prevent bacterial infection of your sake concotion.

Bring the jar back to room temperature before 18 hours has passed. Let it sit for three days, stirring it twice a day. Add in the second parts of koji, rice and water and put it back in the cooler to lower the temperature again for 5 days.

After 5 days have passed, bring the jar back into room temperature for 12 hours. Add the third party of your ingredients and then replace back in the cooler for another 5 days.

Repeat once more with the 4th and final helping of your ingredients.

This is a critical point in the process, as choosing incorrectly will sink your sake odyssey before you’ve even started. Sake needs to ferment in a place that is not too hot, but not freezing cold either.

Recommended sake homebrew technique suggests finding a place that is between 55 degrees and 65 degrees Fahrenheit. For most people, this means finding a corner in your basement or garage depending on the time of year, or using a cooler programmed to maintain the correct temperature.

You’ll need to have an area at room temperature ready as well as you add the four parts of ingredients.

The colder the fermentation zone, the longer the process will take.

After adding all the parts, you will be 16 days into the sake brewing process. Let the sake brew for another two weeks from this point.

After about a month has passed you can strain the now fermented rice wine into a clean jar and drink immediately.

How To Correctly Store Sake

While fermenting and after opening, it is important to keep sake cool and out of the direct light. Heat will badly affect the quality and taste of the drink. And remember to clean and sanitize any utensils you may use in handling or tasting your brew throughout the process.

You can serve it warm or cool, depending on your preference.

Whether your brewing sake in your basement or splurging on an expensive bottle from the liquor store – be sure to enjoy this alcoholic beverage responsibly!

And, remember to enjoy the experiment as your own – since that’s half the fun.

In the midst of the coronavirus pandemic, many people have turned to DIY kitchen experiments. It’s no surprise that learning to make things and understanding the processes behind your favorites foods and beverages is a rewarding experience and a grounding practice. The world can be hectic and challenging, but these sorts of experiments can foster a deep sense of appreciation and attention to distinct cultures and traditions. So, cheers! Or as they say in Japan – Kanpai!