Jeff Bonner started out homebrewing in 1989 in Arizona. He’d just gotten married, and his new wife, Alison — who’s a total book nerd — had recently joined a bookclub. It was in this very book club that Alison stumbled upon a “How To Brew” book that came with a fermentor and homebrew kit, which she brought home for Jeff.

“We were in Tucson at the time,” Jeff paints the scene for us. “It was 1989. The craft beer in Tuscon was Coors. And I’m not dissin’ Colorado here. I was used to imports, being from the East Coast. We saw a lot of Canadian and German beers. So when I discovered this homebrewing thing, I thought it was pretty cool,” Jeff tells us.

“And that kit was horrible! But we learned an important lesson: No matter how bad you think your beer is, someone will drink it. In this case is was my next door neighbor. He was a quantity over quality kinda guy. And that’s what started it.” 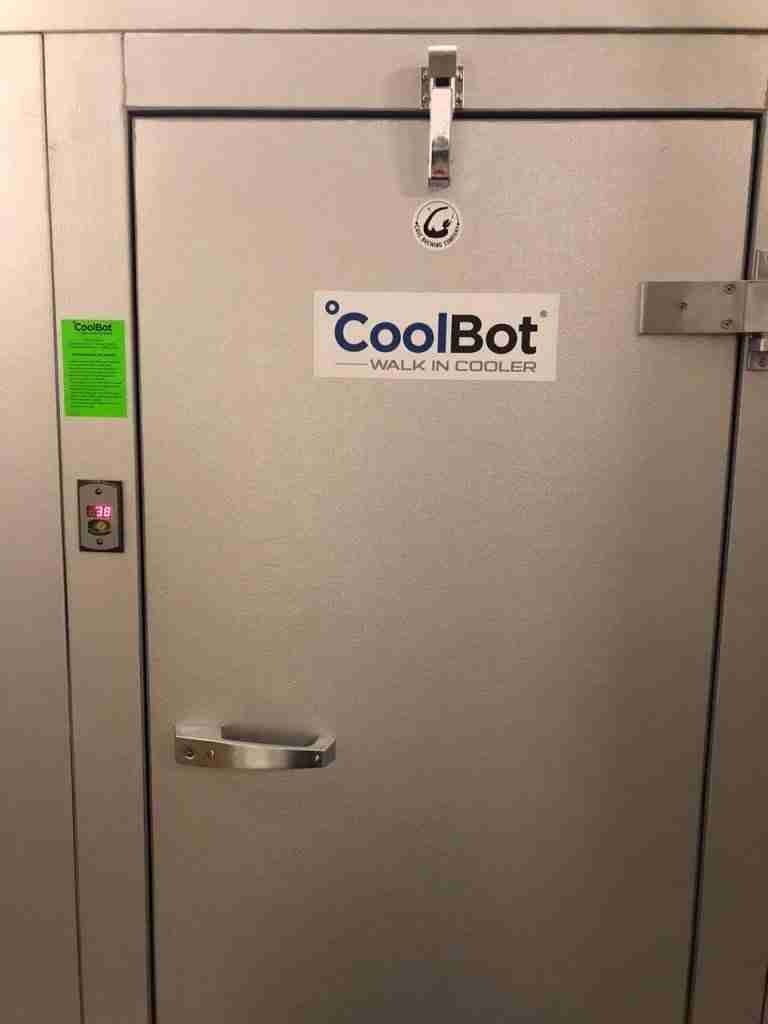 Two years later, Jeff and Alison moved to Washington state. “That was the beginning of the whole craft brewing scene,” says Jeff. “It was awesome. I would hit up the breweries in Portland and along Columbia River and in Seattle. I got to talking to brewers, which planted the seed. But I was busy with my engineering job, had just bought a house and had kids. I just couldn’t pursue my brewing dream at the time.”

Fast forward twenty two years, and Jeff knew it was time. With his kids grown and some money in the bank, he decided to take a shot at his long lost passion. At this point, Jeff and his family now live in Pennsylvania, where “things happen slowly,” according to Jeff.

“Fun factoid,” he tells us, “Pennsylvania now ranks #1 in craft beer production in the country!”

Needless to say, the market was ripe for Jeff’s pickin’.

Cave Brewing started off as sort of a joke between Jeff and Alison. Every time he’d make his way to the garage to do some brewing, she’d ask if he was heading into his cave. “The name just kind of stuck,” says Jeff. Plus he freakin’ loves caves. He’s traveled and toured throughout the US exploring caves and is super inspired by ancient cave drawings discovered in Lascaux, France that date back to 17,000 years ago.

Seeing those paintings drastically changed his perspective of past civilizations. “They were artists!” he exclaims. “We are them, they are us. The only difference is time. What if, instead of drawing, they were brewing beer?”

Jeff worked with an artist to incorporate the notion of ancient cave drawings into his brewery logo. “Plus,” he remarks, “caves are safe, they’re secure. Caves are a place you can go and just disconnect from the world. To me, caves are like home.” 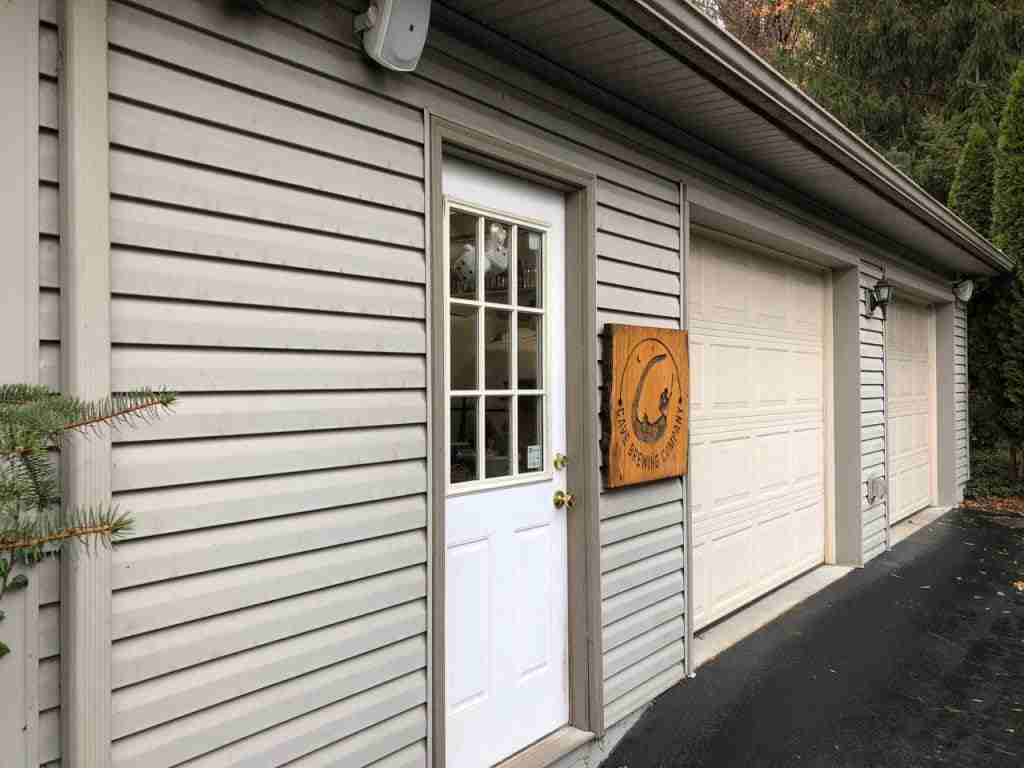 “Cave Brewing started — and still is — in my garage. I have a licensed brewery in my detached garage (which is about 740 sq ft). I wanted to make lagers in the summer. I never intended to sell it, but one of the local restaurants that was buying my beer were really happy with it and wanted more. The owner loved it so much, he wanted to replace his Yuengling tap with my beer!”

But brewing lager is a lot of work. And requires a lot of cold storage — and time.

“I’m a caveman working in a garage. I’m self funded. I wasn’t about to invest in the type of equipment required to slowly ferment lager. Then I found out about the CoolBot. I got an A/C unit off Craigslist, put up some insulation and suddenly had a cold room. This new cooler allowed me to brew lagers year round. Now half of my beers are lagers. I believe lagers need love too, it’s not always about ales. The thing about Cave Brewing is that we’ve got LOTS of lagers, and this sets us apart from our competitors.”

“Temperature has a major role in flavor,” says Jeff.

Jeff proceeded to school us on the art of the lager, his personal beer of choice — and one that his CoolBot has played a major role in helping him to brew, ferment and store.

“Lager” is a German word meaning “to store.”

“The Germans, they love their beer,” Jeff tells. “That’s no big surprise. So what they would do is — when winter would come — they’d brew a huge batch and lager it in a case. When the weather got warmer, they’d throw their yeast on it. They’d do their thing and then by early spring, they’d go to the beer and found it had already fermented… and tasted pretty darn good! What had happened was that they discovered a different strain of yeast, now known as lager yeast.” 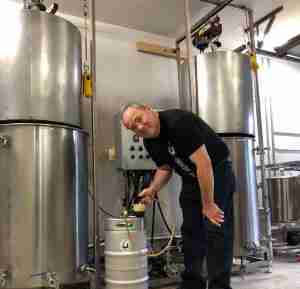 A lesson in lagers versus ales, from Jeff Bonner:

“There’s ale, the most common beer, and then there’s lager. Ale yeast ferments at basically room temperature. It’s known for its higher, fruitier notes. Lagers are low and slow. Low temperatures and slow fermentation. If you remove all the hops and good stuff, a lager is going to be a cleaner, crisper (no fruit)… almost like a mead. It’s got a very clean finish to it.
Ales are higher fermenting at higher temperatures, and they’re top fermenting. With lager, the strain of yeast is a bottom fermenter, meaning it literally sits on bottom. This tends to make the beer (lager) clearer. Ale ferments from the top, so it’ll be a lot cloudier than lager. Because lager is a bottom fermenter, it ferments around ‘cave’ temperatures. Around 45 degrees is the ideal temperature for lager fermentation. You could ferment down to the 30s, but the lower you go, the longer it’ll take to ferment. Lager takes five to six weeks to finish, while ale takes about ten days to two weeks.”

“They’re more expensive, but I like lagers,” Jeff says. “Technically it’s one of the hardest beers to make well. You can’t hide any of your sins in a lager. You can make mistakes with ale and throw more hops in, but with lagers you can’t. You don’t see them as much because they take so much time to make. And it’s difficult to make them all taste the same. That consistency is very, very hard.”

Jeff loves the community amongst brewers. It’s a healthy environment where, instead of being really competitive, brewers are supportive of one another and happy to exchange tips and tricks. “We’re not really competing against one another,” Jeff explains. “A lot of people think it’s competitive; it’s not. People do beer tourism. People come from Connecticut, New York, Delaware and New Jersey to visit me and all the other breweries in one trip. It’s really cool,” says Jeff.

While he still works his corporate day job — which IS very competitive — Jeff finds it refreshing that with brewing, he’s able to call up his other brewer friends and share information and recipes. “In the energy industry, you can’t call up your equivalent at the competitor and ask them questions.” 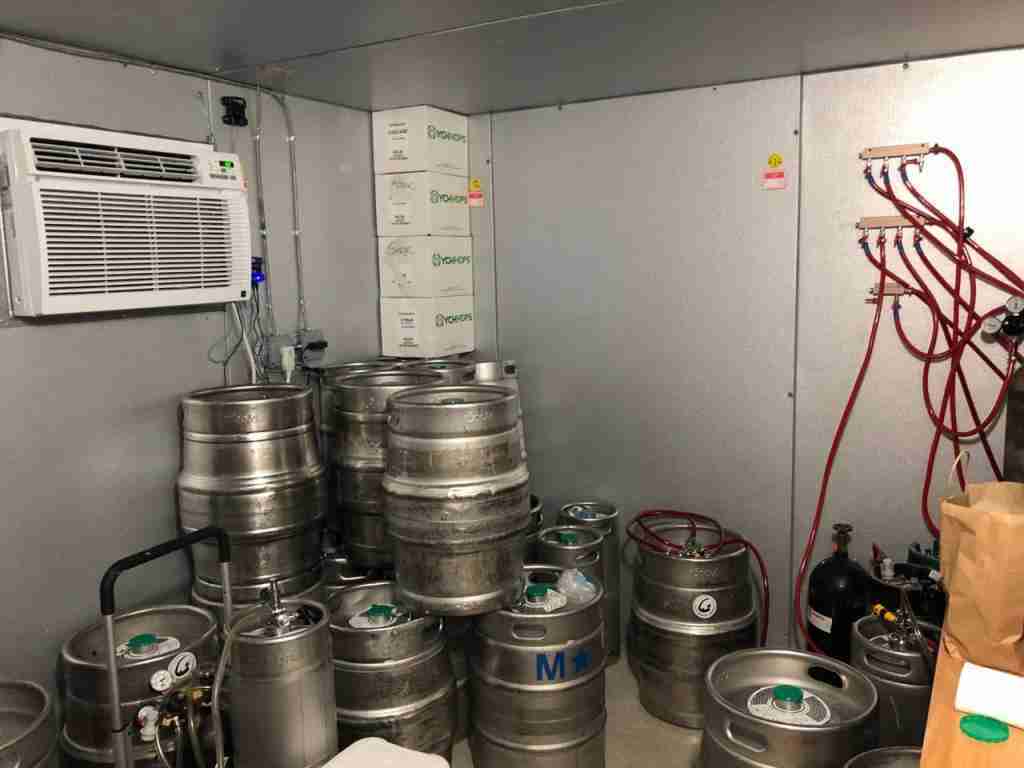 “Even if you have exactly the same ingredients, it’s technique that makes a difference in taste. I’m not concerned about giving people my recipes. It’s the equipment and technique, not the ingredients, that make the beer,” Jeff divulges.

He goes on to explain his theory: “Way back when in Washington, we had a homebrew club. We all brewed one large batch on the same system, then we’d take it home in our buckets and ferment it separately. When we’d bring it back the next month, we had ten different beers! It was exactly same beer, the same ingredients — but it all tasted so different. This is because of different yeasts, different fermenting temperatures and different overall techniques.”

At one point Jeff was supplying about five or six different bars with his homebrew, but because “he’s a guy out of a garage,” selling wholesale didn’t prove to be a good money maker.

But he learned a lot from selling to all of these different places. “I’m very conservative when it comes to money and business, but I wanted to learn,” says Jeff. “And I got a lot of feedback from restaurant and bar owners and their patrons. But once I opened my own taproom, it made more sense to me to just do retail sales. So I pulled out of all my other restaurants and bars, except the one. The one that ended up replaced Yuengling with my lager!” 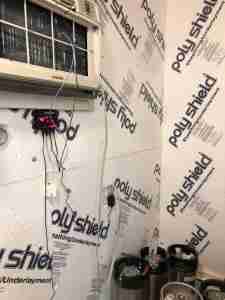 Jeff used to have a taproom in his garage brewery where people could come and drink, but he had to shut it down. It’s not that the taproom wasn’t doing well, it was that it was actually doing too well. It outgrew his modest garage. One day when Jeff had 92 cars parked across his front yard (he lives on five acres), the thought dawned on him that this could potentially piss off the neighbors.
About five months later, he found a new space for his taproom. This one was, oddly enough, located in a local mall. “Everyone thought putting my taproom in a mall was pretty random,” Jeff tells us.

“But I think it’s a lot less random than my garage,” he laughs. “And the mall owner is very progressive, letting my stay open later than typical mall hours. And now I’ve got nice big bathrooms (that I don’t have to clean!) and a great location right off the interstate.”

The mall turned out to be a perfect fit. Jeff just celebrated his opening weekend and his guests seem thrilled with the location (and the ample parking in the mall lot). In his new taproom, Jeff strictly sells beer, no food. But he’s partnered up with some of the food places in the mall, keeping their menus on hand so you can order food over the phone to be delivered to the taproom. 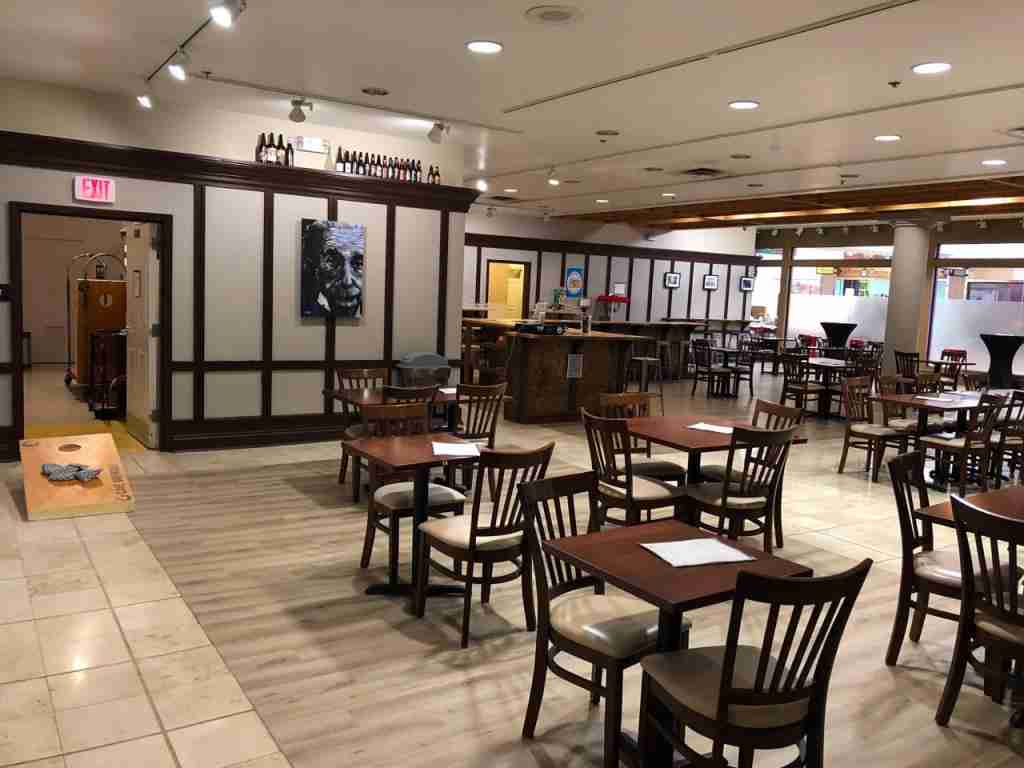 Since his first CoolBot worked so well in his garage brewery, Jeff wanted another one for his new taproom. Upon discovering that we sell complete coolers outfitted with the new CoolBot Pro, Jeff was thrilled. He didn’t even have to build it himself, plus now he can utilize our simple app to monitor the temperature of his new cooler.

“I need to know, I need the alerts!” says Jeff, regarding the CoolBot Pro. “I think that product is so awesome.”

He uses the prefab walk-in cooler to store his kegs and the CoolBot Pro to ensure they remain at the perfect temperature. Jeff has drilled holes in the walls of the walk-in cooler to run taps through it. Jeff likes to keep his keg cooler at a crisp 38°F, ideal for his customers’ drinking pleasure. Jeff’s original CoolBot — the one he built himself that he uses to ferment all that sweet, delicious lager — remains in his “cave,” where all the magic happens.