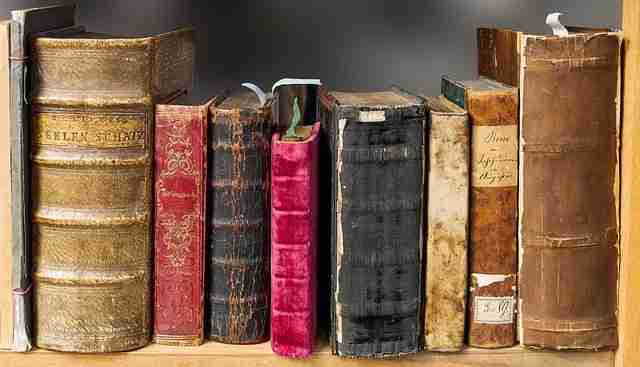 Kombucha, in particular, has gained massive popularity in the United States over the course of the past 10 years, and in these explorations of “at-home-in-a-pandemic-experiments” more people than ever are brewing the carbonated tea beverage at their abode.

But what is the story behind this bubbling drink? Today we’re going to chronicle the surprising history of this 2,000 year old drink.

First Of All, What Even Is Kombucha?

Kombucha is a drink with a variety of names including tea mushroom, tea fungus, and Manchurian mushroom. And while “fungus tea” might not sound like the most appetizing thing to slurp down, it turns out that many people love and crave the lip-smacking flavor of this beverage. Often, fruit, flowers, spices and roots are added to impact the taste and lead to near-infinite varieties.

In short: kombucha is a fermented, lightly carbonated tea drink. It is sugared tea that transforms through a symbiotic culture of bacteria and yeast. This is called a SCOBY – an acronym that is also called the “mother” or the “mushroom”. The living bacteria in this biofilm are probiotic, hence the health-food craze around the tea.

And while people today tout this drink for its numerous health benefits, its history is actually quite ancient. Let’s “scoby” our way through the past to understand where this drink comes from, how it came to dominate health food co-ops in North America, and how you can brew it at home.

Kombucha is a traditional drink in China, and it is this region of the world where we believe the tea originated. There are plenty of mysterious origin stories surrounding the foods and beverages we consume today, and kombucha’s beginnings are murky indeed. According to Alex LeGory in The Big Book Of Kombucha, the most likely region of origin is the Bohai district – one of the most important fishery areas in China today.

Researchers claim that people in China, drinking the tea during the Qin Dynasty of 221 BCE, referred to the tea as the “remedy for immortality” and “the divine Tsche”.

Reportedly, in 414 BCE, a Korean doctor brought the tea to Japan to cure Emperor Inkyo. This may be where Kombucha picked up its name, as a derivative of a different kind of fermented seaweed (kombu) tea (cha).

By the 20th century, the tea spread to new continents. Written accounts date the drink’s presence in 1900 Russia. Food historians guess that it spread from Russia through the rest of Europe shortly after. In the devastating throes of WW1, Russian and Ukrainian POW drank kombucha, and the beverage took on a significant cultural role in the Westphalia region of Germany, where pharmacists sold it as a health drink.

There are stories of priests finding their parishioners mixing it with holy water. An Italian musician in 1955 even had a hit song titled “Stu Fungo Cinese!” about the tea. The song is pretty far outside our current sense of cultural respect and political correctness today but does illustrate the drink’s popularity in Europe.

From the early 21st Century to today, kombucha’s popularity has boomed. You can find it in grocery stores, co-ops, and gas stations. At restaurants and pubs, people often serve and advertise it as an alternative to beer and other alcoholic beverages.

In addition to containing probiotics and exhibiting antimicrobial activity, kombucha is also really easy to brew at home. And while your home brew may not taste exactly like your favorite store brands, it’s fun to experiment with taste and tactics. Since it becomes an ongoing process, you get plenty of opportunities to try various fruit, herb and spice blends. And even if you decide to keep it “plain”, it’s still a great tea beverage that can suit any season.

In a pot, boil the water. Once it’s boiling, turn off the heat and add in your tea bags and sugar. Allow the mixture to steep until room temperature. Once it has cooled, you can remove and compost the tea bags.

Take your room temperature sweet tea and pour it into your sterilized gallon jar. If the tea is too hot, it will kill the SCOBY. Add the SCOBY into the jar as well as the cup of kombucha tea (this helps kick start the fermentation process). Once everything is added, stretch the cloth over the top of the jar’s open lip. Use the rubber band to secure it in place.

Find an area of your house that is darker and cool. Learn from my mistake: a shelf above the oven in the kitchen is probably not your best option. Set a reminder in your calendar for 2-4 weeks in the future, alerting you that the kombucha is ready for bottling.

The ferment step is the easiest – because the tea will be doing all the work for you! Just carry on about your life while yeast and bacteria do their thing.

At about 2-3 weeks, you can begin tasting the tea to see if you like where it’s at. The longer it ferments, the more “vinegar-y” it will taste. So the amount of time it ferments will depend on your personal preference.

You will notice a “baby” SCOBY growing on the “mother” SCOBY. This is a good sign!

Once the kombucha is at a stage of fermentation to your liking, you can bottle it up! Sterilize smaller jars and pour the mixture in (but be sure to save a cup of the tea for your next batch!). In each jar, you can experiment with flavors by adding what you want to try: ginger, orange peels, lilacs, cayenne pepper. The choice is yours.

Close the smaller jars and keep them in a cupboard for 2-4 days – this will create carbonation.

Once you open them again, you’ll want to keep them cool in the fridge and drink promptly. Share the beverage with your friends and give away the “baby” SCOBY to a friend that also wants to take a crack at the kombucha process.

An Effervescent Brew Of History

Kombucha, like so many other fermented beverages around the world, has an ancient and surprising history. Once you’ve tackled the kombucha brew, you may even want to advance to other possibilities such as beer, mead, sake, fire cider, and other options that are specific to your cultural history or home landscape. Each has their own fascinating and winding story through history.

The best part about these beverages is the way they can bring a bit of deliciousness to community gatherings. Homebrewing is a rewarding practice in belonging to a specific place and connecting with the stories of the past.