We’ve probably all had that moment of hearing about a disaster (natural or otherwise) in some part of the world and thinking, “If that happened here, what would I do?” And most importantly, “Would I have enough to eat?”

For many of us (myself included), the answers are, frighteningly, “I don’t know” and “No.” We’re waiting and wondering, which isn’t much of an emergency preparedness plan. 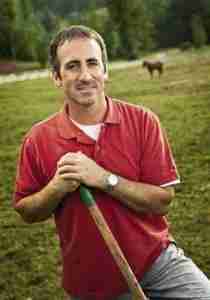 But for Chef Keith Snow, a kitchen veteran whose credentials include executive chef at Colorado’s Copper Mountain ski resort, featured chef on the Holland America cruise line, and author of a popular book on seasonal cooking, waiting and wondering wasn’t an option. An eye-opening moment during the 2008 economic collapse inspired him to take action.

“At the time of the collapse, I was filming a TV show and had a contract with a Fortune 500 company,” Snow said. “We were in the middle of production and there were 10 people on the budget. One day, I received notice from the company that they wouldn’t pay. They had frozen everything. That was pretty scary. My income almost stopped overnight.”

That experience got Snow thinking about his family and how much they were all dependent on an income that could simply disappear. “I realized that we didn’t have much food to get us through, and I started thinking about the importance of a pantry. It was my first time thinking about preparedness.”

Snow started to connect with people in the preparedness industry, an industry that has experienced explosive growth in recent years. The National Preppers & Survivalists Expo, currently in its 7th installment, draws thousands of people every year. In some states, like New Hampshire and Wyoming, self-identified preppers are estimated to make up more than 10% of the population.

And the force of this movement is likely underestimated. People across the country are moving out of cities and onto smaller properties and building stockpiles of food so they can be self-sufficient. “It’s an unbelievable phenomenon,” Snow noted. (If all of this is new to you, check out Jack Spirko’s Survival Podcast. Snow is a frequent guest on this podcast, which currently gets more than 150,000 downloads per day.)

Snow decided to put his cheffing talents to work helping people prepare their pantry not just to have enough food, but to have good food. “People are storing everything from canned foods to buckets of grain, hundreds of pounds of pasta, and so on. Most of it is carbohydrates. With my culinary background, I can go into these food stores and use these ingredients to turn bland carbohydrates into spectacular foods.”

To help everyone “live the gourmet life… before and after the apocalypse,” Snow has recently released an online course called “Food Storage Feast.”

The course teaches everything you need to know about preparedness cooking from the ground up. Snow’s goal is to “teach people how to build, from scratch, a long-term storable pantry that’s centered on carbohydrates (rice, beans, oats, wheat).”

That includes lessons on how pick the best tools, stock your pantry, and cook delicious foods — like elk bolognese with buttered radditore and Thai fried rice with chicken thighs — for just pennies a serving. To prepare the course and ensure the recipes stand up to the motto “Prepare like a boy scout, eat like a king!,” Snow and his family have practiced living entirely out of their pantry.

Your one-time course enrollment fee gets you a lifetime of access to all future course updates as well as to the Harvest Eating video library, which includes over 300 videos on seasonal cooking, basic homesteading, and preparedness. Also, there is a limited-time $30 “under construction” discount while Snow finishes building out the course.

One of the segments of the course is all about tools. As a sneak peek, Snow told us two of the items he recommends. The first is the CoolBot temperature controller, which Snow said “can solve a problem for a lot of people.” He noted that several years ago he had dairy goats on his farm. He and his family couldn’t drink the milk fast enough, and it took up all of the room in the fridge. “I remember thinking back then that it would be neat to have a little walk-in cooler.” 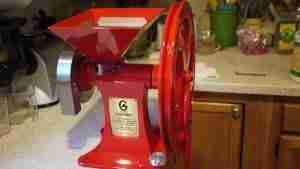 Snow also recommends the GrainMaker flour mill, which he said “looks like a red Ferrari.” This is the key to perfecting the bread and baked goods you’ll learn about in the course section on survival baking.

Natural disasters, economic collapse, an epidemic — these things could happen at any time. If you want to eat well after the apocalypse, check out “Food Storage Feast.” Even if you’re just looking for something seasonal and healthy to make for dinner tonight, it will be $169 very well spent.