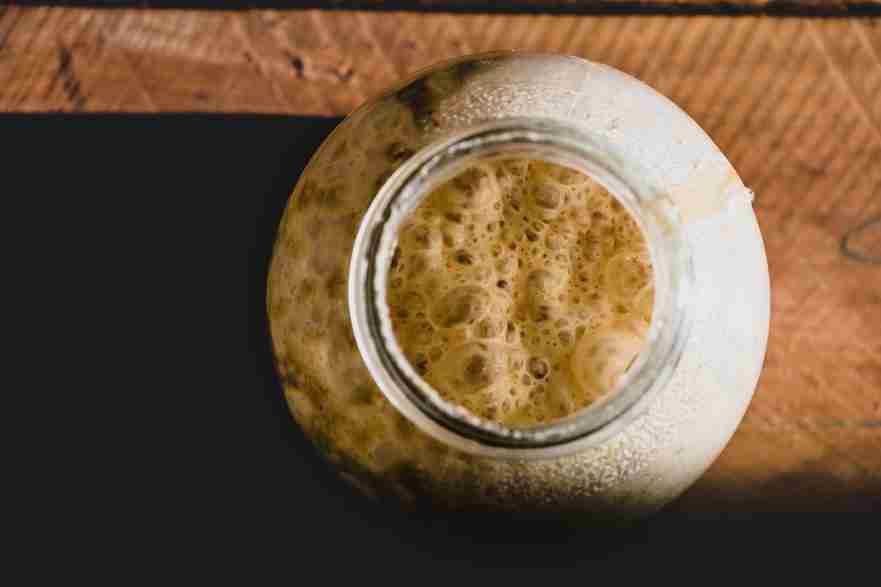 Fermentation is both an art and a science. As with any art or science, it requires the proper tools to execute successfully. A fermentation airlock is an essential piece of equipment for any home-brewer to know how to use. Fortunately, they are cheap and easy to figure out!

Is a Fermentation Airlock Necessary?

Some types of fermentation require airlocks and others don’t. For most types of homebrewing, distilling, or fermenting, people tend to use airlocks. Airlocks provide a few key benefits to the fermenter.

Secondly, fermentation airlocks create an atmosphere without oxygen, which is very advantageous when fermenting. This type of atmosphere is called an anaerobic atmosphere.

Of course, open-air fermentation is an option, but it is riskier and better suited for fermenters with substantial experience.

Alright, we’re going to explore the biology of fermentation to properly understand how airlocks help fermentation. It might get a little dense in this section but no one’s quizzing you on this!

Most living organisms use oxygen to perform the basic functions of living. Humans breathe, fish use gills to filter oxygen out of water, and plants take oxygen in through their leaves and roots.

We use this oxygen and combine it with sugars from our foods to make a high-energy molecule called ATP. ATP is to the body as gasoline is to a car. The body uses ATP to fuel everything we do. As humans, we must make ATP to continue living. Without oxygen, we die. Using oxygen to make ATP is a process known as aerobic respiration.

The byproducts of anaerobic respiration depend on which organisms are involved. CO2 is always one byproduct. Alcohol and lactic acids are other possible byproducts, along with the high-energy molecule NADH.

Yeast turns sugars into the high-energy NADH and byproducts of alcohol and CO2. This is why anaerobic respiration is necessary to make the alcohol in beers, wines, and spirits.

When fermenting cabbage for sauerkraut, bacteria engage in a different kind of anaerobic respiration than yeast. This respiration takes the sugars in the cabbage and turns them into NADH, lactic acid, and CO2. Lactic acid is what gives fermented foods their sour, acidic taste.

While bacteria and yeast don’t need an atmosphere without air to function, it really aids their efforts. An anaerobic environment kills any competing bacteria or fungus that would use the sugars to make stuff other than lactic acid or alcohol. With less competition, the yeast and bacteria can better perform their job of making alcohol and lactic acid.

Also, some of these bacteria are fickle. They prefer to use aerobic respiration if they have the chance but will resort to anaerobic respiration when no air is present. Therefore, to get these kinds of bacteria to perform fermentation, you need an oxygen-free environment.

What Does the Fermentation Airlock Do?

The airlock helps you keep an anaerobic atmosphere when fermenting. It prevents air from entering your fermentation vessel while still allowing the CO2 made during fermentation to escape.

Using the Fermentation Airlock is Easy!

There are a couple of common models of airlocks, but they use the same principle. The water in the airlock acts as a barrier for the air getting into to fermentation vessel. When the CO2 escapes through the airlock it will bubble through the water.

Fill your airlock up to the fill-line with water. Then, place it into the air-tight gasket in the cap to your carboy or plastic fermentation bucket. Double check to make sure the lid is on as tight as possible.

If the CO2 can find an easier way out of the fermentation vessel than the airlock, such as through a gap in the lid, it will. That also means that air is getting into your fermentation, preventing the anaerobic atmosphere. It’s crucial to make sure there are no leaks!

How Do I Know if My Fermentation Airlock Is Working?

As the fermentation slows down, the bubbles become less frequent. The bubbles will exit through the airlock in little burps every few minutes or so. When you notice the absence of bubbles entirely, perhaps only one burp an hour, the fermentation is complete!

What Can Go Wrong With a Fermentation Airlock?

Remember the beer geyser from before? That can actually still happen with a fermentation airlock. If the fermentation is rapid and vigorous, the yeast may create CO2 faster than it can escape through the airlock. The beer can seep up into the airlock and clog it, which will prevent any CO2 from escaping. Then, the pressure builds up and you can have a krausen blowout. Most brewers experience this at some point in their fermentation explorations.

Fermentation airlocks only cost a couple of bucks and are surely worth it if you wish to explore the wonderful world of fermentation further!