In the home brewing and baking crowd, we all are familiar with yeast. Rising our dough, fermenting our beer and wine… This mysterious organism is behind many of the delicious treats and libations we enjoy every day. With a backyard garden and a bit of a green thumb, growing your own grapes, hops, or wheat is easy enough. But did you know it’s also possible to grow your own yeast!? Here, we’ve listed the best techniques for growing your own yeast for baking and brewing.  And you can learn a bit more about this funky fungus along the way!

Yeast is actually a species of single-celled fungus (Saccharomyces cerevisiae) that never forms a mushroom or even mycorrhizae. While each individual is a single cell, yeast often lives in colonies. To reproduce, most yeast reproduce asexually through a process called “budding.” A mother yeast grows larger and larger, producing a growth on the side known as the bud. Eventually, the bud splits off into a daughter cell. Yeast can also reproduce sexually by distributing spores, which adds to the genetic variation in a yeast community.

Where Are Yeast Found?

In the wild, yeast can be found nearly everywhere. Yeast gets the energy to grow and reproduce similarly to humans – by eating lots and lots of sugar. Essentially, yeast is a tiny fungus with a sweet tooth. As a result, wild yeast congregates in the largest concentrations around rotting fruit and veggies. Case in point: the moose who got drunk from eating too many rotten apples in a Swedish orchard. Since fruits make such a good home for yeast, the invention of wine came naturally. The yeast was already in the grapes! Tiny yeasty beasties are truly everywhere. They are even floating in the air around us. While all yeast colonies are the same species, different environments develop different strains that each have their own character. 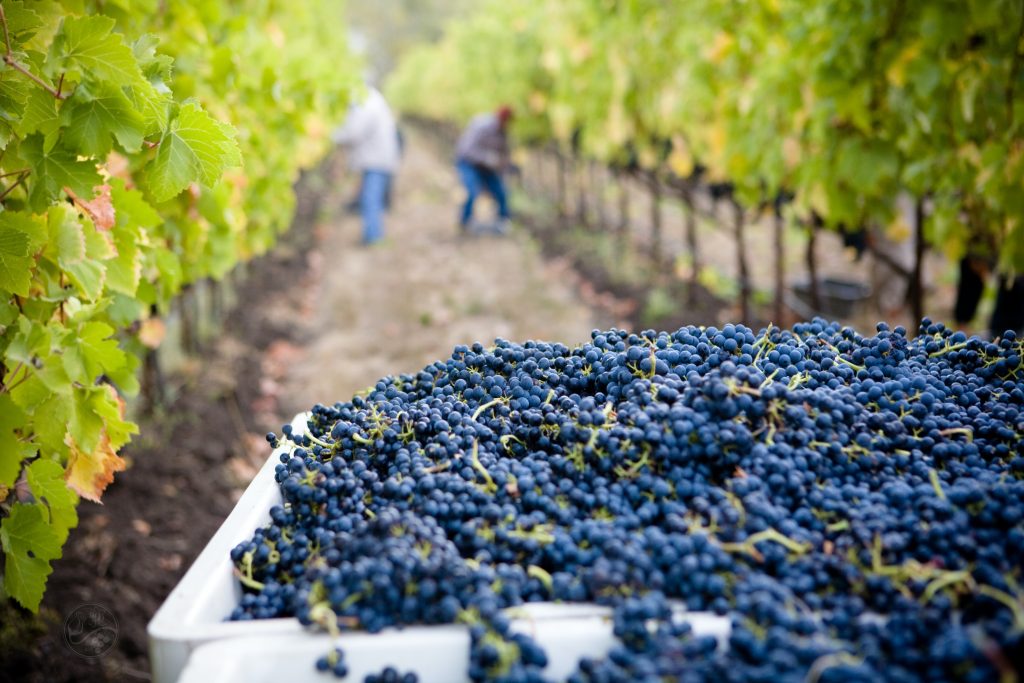 The Powers and Products of Yeast

Yeast has a couple of special powers. And they all come down to what happens while it munches away at sugar. As the yeast consumes and grows, it produces byproducts. Depending on the strain of yeast, the byproducts may differ. But generally, they will be a combination of carbon dioxide and alcohol. This is where humans come in. Just like dogs and cattle, we’ve domesticated yeast. From very early in human history, cultures have realized the potential of yeast’s byproducts.

Yeast breathes in oxygen and out carbon dioxide through aerobic respiration, just like us. As a yeast colony grows the carbon dioxide is released into the air. In the case of baking and brewing, we trap the gas into our bread and beer. In bread dough, the carbon dioxide forms air bubbles that give our bread that fluffy texture that soaks up soup and sandwiches our PB&Js.

In the absence of oxygen, yeast resorts to anaerobic restoration. After eating sugar, yeast produces ethanol in addition to carbon dioxide. While ethanol ends up being toxic for the fungi, it benefits the rest of us in the form of fermented treats. The fermentation of beer, mead, and sauerkraut all benefit from the anaerobic respiration of yeast.

How to Grow Yeast?

For the bakers and homebrewers among us, we know that commercial yeast isn’t always available. Early in the pandemic, when everyone decided to try their hand at DIY, grocery store shelves were regularly emptied of yeast. Even if you have some, it won’t last forever. Though resilient, yeast will only stay alive in its dormant state for about two years. So stocking up on massive quantities of yeast will only get you so far.

Lucky for us, while there might be the occasional yeast shortage at the grocery store, there never is a true drought. Since natural yeast is everywhere, it’s just a matter of capturing it. Learning to grow your own baker’s yeast turns out to be a pretty simple process. All you need is water and flour. Since yeast will be naturally attracted to the sugars in grains, just combine the two, and the yeast will come! 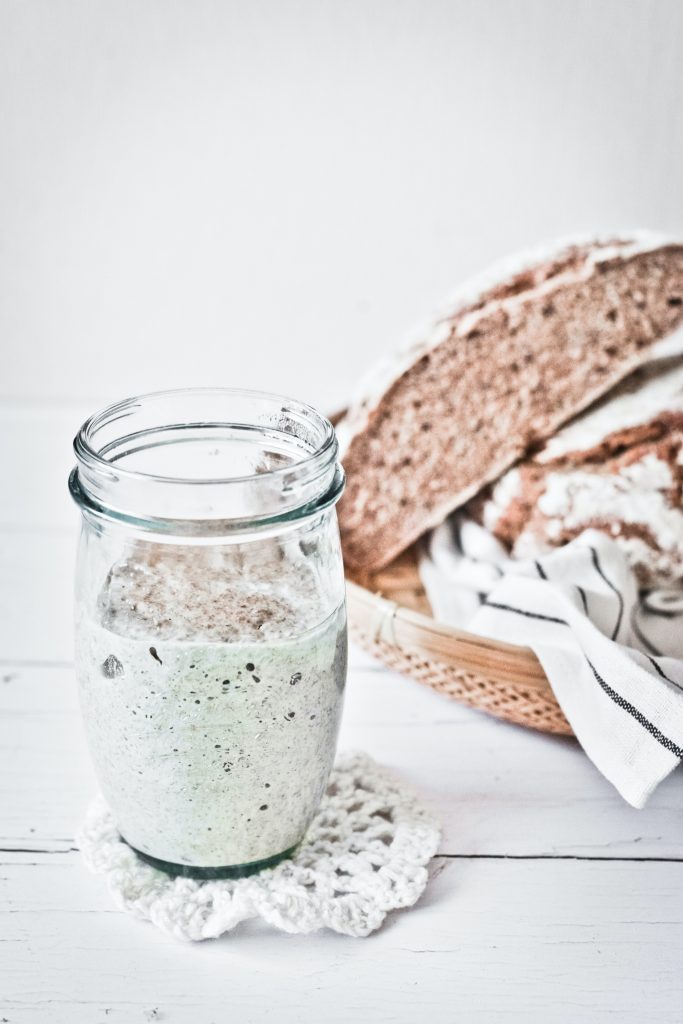 How to Grow Baker’s Yeast

Growing baker’s yeast is quite simple. You don’t need to be an experienced baker or chemist to grow your own. With just some attention and dedication, you can have beautiful bread rising from natural yeast in no time!

The ingredients and process for a sourdough starter are pretty simple. For a healthy natural yeast starter, you want the flour to be super nutritious and the water to be clean and clear. Starting with whole wheat or rye flour works best, though even an all-purpose flour will do. Also, make sure your water is free from chlorine. Chlorine is toxic to yeast, so your starter won’t get very far.

Measure ingredients by weight! If you don’t have a kitchen scale handy, the ratio is approximately 2:1 (1 cup flour to ½ cup water). If you do have a scale, that’s 113 grams of each flour and water.

Stir everything together until there are no more clumps of dried flour. Cover loosely with plastic wrap or a towel. In general, you want your yeast to have access to oxygen, but don’t want stray kitchen crumbs or flies contaminating your starter. You don’t want your cover to restrict the airflow.

Let sit for 24 hours at 70°F. If your house temperature sits below 68°F, place your starter on a heater or appliance (like a fridge) that creates some ambient heat. Now you’ve set up a habitat for the yeast!

You may start to see some bubbles after 24 hours, but if you don’t that’s ok! Before feeding your starter discard half of it (113 grams or about a ½ cup). The general rule for feeding is a 1:1:1 ratio of starter to flour to water. That means, feed your starter another 113 grams (scant cup) of flour and 113 grams (½ cup) of water. Let sit another 24 hours.

After the first two feedings, your starter will hopefully be showing signs of life. A bubbly appearance combined with a fruity or sour aroma are all signs of yeasty activity! The next step is to get your starter ready for baking. Switching to 12-hour feedings, continue to discard half the starter before adding more flour and water. After a few days, the starter should fully double in size before its next feeding. Now, it’s ready to be added to a dough! 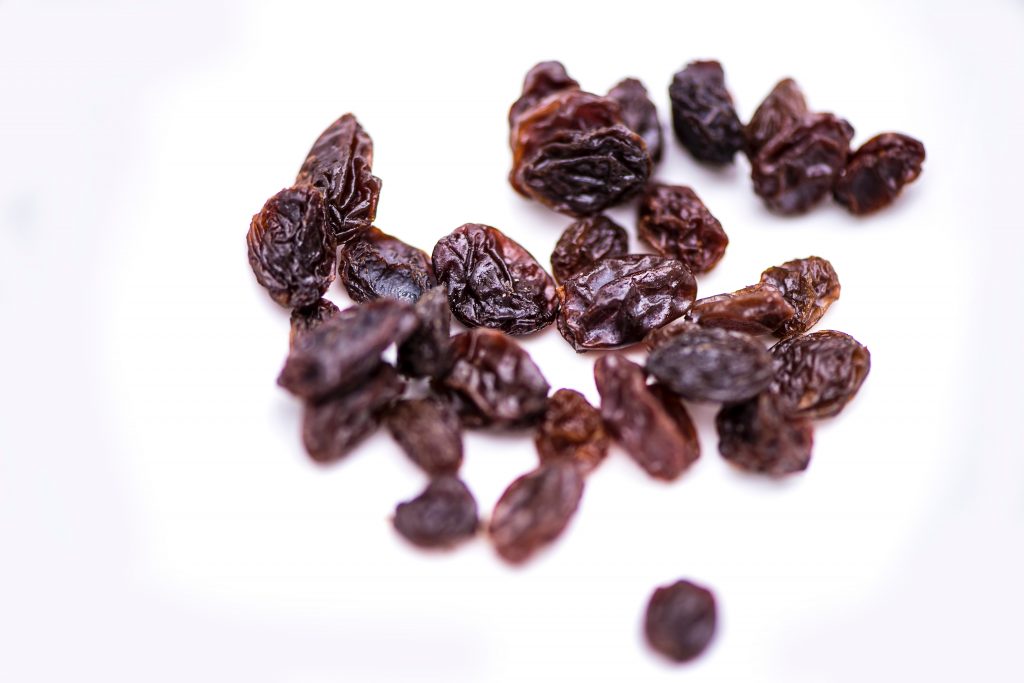 Dried fruit rinds hold all sorts of natural yeast. Similarly to making a sourdough starter, you can grow the yeast from fruit.

Add dried fruit to a few tablespoons of water. Stir until cloudy. You can use raisins, prunes, apricots, or anything you might have around the house. While you likely won’t get the typical sour flavor of sourdough, the dried fruit method will be ready a bit quicker.

Cover loosely and keep warm for 12-24 hours. Again, it’s best to weigh out your ingredients and add equal parts flour to the water and fruit mixture. Stir well to incorporate. After 12-24 hours, the mixture should start to appeal slightly bubbly.

Working again in the 1:1:1 ratio, scoop some of the fizzy starter goop out of the fruit mixture, and add to equal parts water and flour. After another 24 hours, your wild fruit yeast should be bubbly and ready to go. 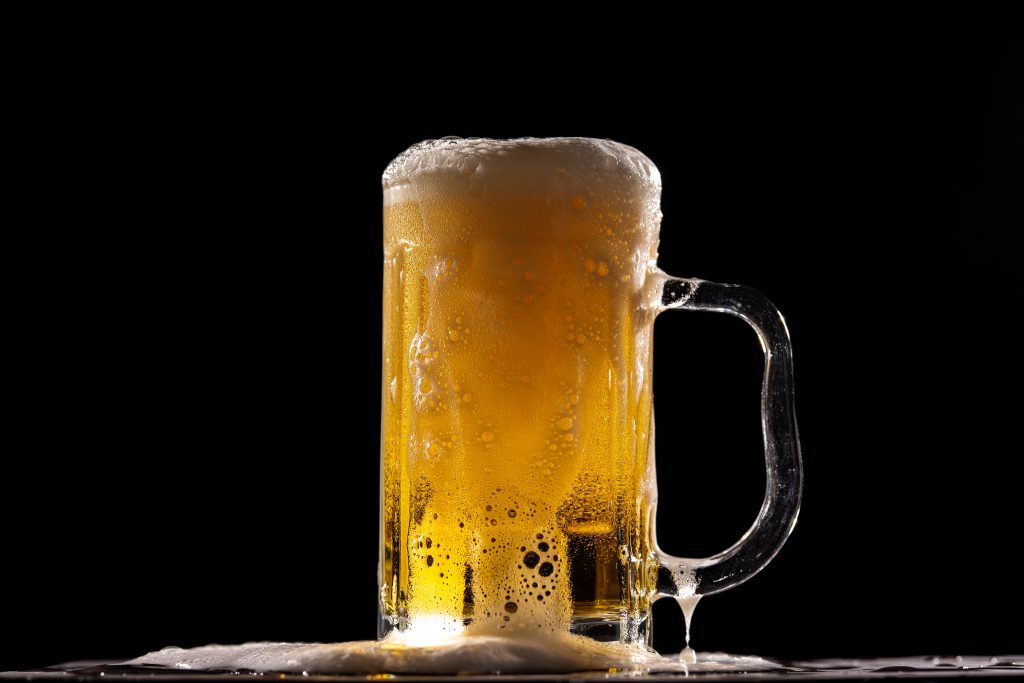 In brewing, the particular strain of yeast affects the quality and taste of your beverage. While large-scale vineyards and breweries have access to microbiology labs to grow any number of specific yeast strains, the homebrewer has historically been stuck with a small variety of commercially available yeast. Growing your own yeast cultures at home isn’t such an impossible task.

An important part of cultivating your own brewing yeast at home is to make sure everything you use is sterilized. Use at least 70% isopropyl alcohol to wipe down everything you use and touch during the process. Additionally, kitchens are havens for bacteria, so set up your workspace on a table or desk in another room.

To harvest your starter yeast, you’ll need to find a bottle-conditioned beer. That means the brewery didn’t filter it. If the label isn’t clear, you can tell a beer is bottle-conditioned by a layer of sediment that will settle at the bottom. To isolate the yeast, slowly pour the beer out until only the sediment remains. Let the rest of the alcohol evaporate.

To start activating the yeast, add a few milliliters of wort (unfermented beer) to cover the bottom of the bottle. Sprinkle in a pinch of yeast nutrient, and recover to let the yeast start to wake up. Let sit up to 72 hours in a warm spot (like the top of a fridge).

Step 3: Stepping Up the Yeast

Once three days have passed, you can start growing the culture by slowly adding more wort. As a rule, increase the volume of the culture by about five times each addition. From the sanitized rim of the bottle, pour the yeast into the second container of about 15 ml of fresh wort. Cap immediately and let incubate for another 72 hours.

Step 4: Step Up Again… And Again

After another three days, you should start seeing signs of life! Bubbles on the surface, a bit of cloudiness, or more sedimentation on the bottom are all good signs. For this second addition, you can add ten times the wort. For your 15ml of starter, add 150ml of fresh wort.

After another 72 hour incubation, step up one more time to a final volume of 1.5 liters. Once this final amount starts to show activity, it is active and ready to pitch into your batch!

Between bread baking and brewing, growing yeast cultures is totally possible to achieve at home. With just a bit of patience and attention, you can cross one thing off your grocery list before you even leave for the store. As a bonus, because your starters have yeast from your own home and environment, your creations will be even more unique!

With an almost limitless supply of yeast on hand, so many more of your home projects are now possible. Culturing your own yeast for lagering is an awesome way to fully integrate your homebrew process, but don’t forget you’ll need somewhere to store your beer while it lagers. Whether you’re storing sourdough for a bakery startup or planning on breaking into vinification, a temperature-controlled space to store the fruits of your labor is a vital last step. If you’re not ready to commit to a full industrial-scale refrigeration solution, look no further than a CoolBot for your storage needs.