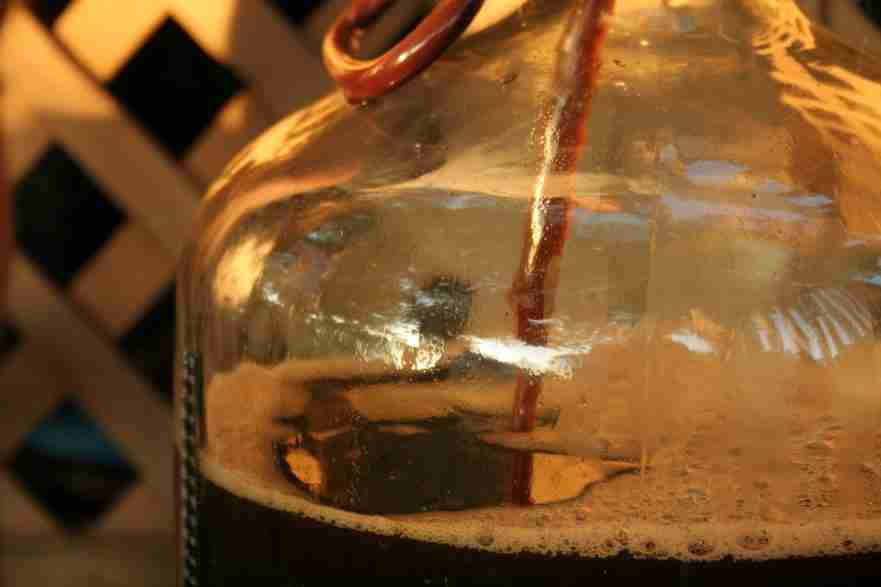 Any seasoned beer brewer has had their fair share of Krausen blowouts. Sometimes these blowouts result in vigorous beer geysers that reach the ceiling! Other times they are gentle, frothing overflows, which cover the floor in sticky, almost-beer. What causes this surprising, bubbly phenomenon?

Krausen is a foamy byproduct of beer fermentation. After a brewer boils the malt, hops, and barley into the water, they have a liquid known as wort. Wort has all the sugars necessary for the yeast to convert into alcohol. Once the wort is ready, a brewer strains it into a fermentation vessel and adds the all-important yeast.

What Makes a Beer More Likely to Overflow?

High gravity beers are at a high risk of Krausen blowout. These beers result in higher alcohol content. The yeast needs to be much more active to produce this additional alcohol. Since Krausen is a byproduct of the fermentation of sugars into alcohol by yeast, a higher alcohol beer will produce more Krausen, thus increasing the probability of a fermentation overflow.

Another cause of blowouts can be brewing an out-of-season beer. Some beers are easier to ferment in the summer and others are better in the winter. For example, lagers prefer colder fermenting conditions of 45-55°F. Ales, on the other hand, do best around 68°F. This means brewing a lager in the summer would result in a more vigorous fermentation, potentially leading to a blowout. Be sure you have the right temperature conditions for the beer you want to brew before brewing it. An ounce of prevention is worth a pound of cure!

How Can We Brewers Avoid These Nuisance Blowouts?

There are a few different ways to decrease the risk of fermentation overflow. Controlling the temperature, using a blowoff tube, and not overfilling the vessel are three easy ways to dramatically reduce the risk of a Krausen blowout.

Temperature Control Can Reduce Risk of a Krausen Blowout

Fortunately, there are many ways to cool off warm wort. A wet cloth around the brewing vessel can suck off some heat. Some people place the vessel in a bucket of water and add ice periodically. The most accurate way to control the temperature is to brew the beer in a space with air-conditioning and a sort of thermostat, such as the Coolbot.

Use a Blowoff Tube to Prevent Fermentation Overflow

Traditional airlocks are a culprit for fermentation blowout. If the Krausen develops too quickly, it can bubble up into the airlock and prevent it from letting air out. The pressure inside the carboy will then increase until it blows the airlock off the top.

A cheap alternative to the traditional airlock is a blowoff tube. This tube attaches to the top of a carboy and empties into another vessel. This way, any extra Krausen flows through the tube and into a separate vessel, which is filled with a sanitary solution. This process substantially decreases the likelihood of a blowout because it is much more difficult for pressure to build up.

Most glass carboys are 6 or 6.5 gallons. It’s risky to fill these carboys with more than 5 gallons of beer. You must leave some headspace for the Krausen to develop. In most cases, 1 or 1.5 gallons of space should be enough to prevent the Krausen from creeping into the airlock. However, sometimes brewers accidentally make more beer than they anticipated, and they get greedy by trying to fill their carboys just a little bit more. This is risky behavior! Sooner or later, you will experience a krausen blowout!

Remember, for most people beer brewing is a fun hobby. Don’t be discouraged if your beer ends up on the ceiling, or if you end up spending a few hours cleaning up a big mess. This is all part of the fun, and it gives you stories to share with fellow brewers. Now go make some tasty brews!