From updating their draught systems to making sure every pint is perfect, bar owners in the Hudson Valley know exactly who to call when they need help: Brendan Daly.

And for good reason!

Hailing from Dublin, Daly earned a degree in microbiology and began his professional journey with beer as a quality assurance / product manager at a large Irish drinks company. In 1997, he brought Kelly’s Irish Cider to the United States, no doubt contributing to hard cider’s current comeback tour. He has worked in all aspects of the drinks industry, producing, distributing and retailing. He also owned the award-winning Dubliner Irish Pub in Poughkeepsie for 10 years.

That’s all to say that Brendan Daly knows his beer. 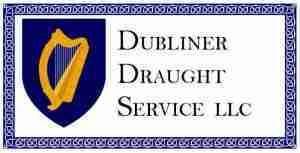 Today, he puts that knowledge to excellent use through his company, Dubliner Draught Service, which helps bar owners in the Hudson Valley and beyond set up and maintain their draught systems.

Installing a draught system is a delicate scientific process, and mistakes can be costly. “A draught beer system might look simple,” Daly says, “but it’s actually tricky and there’s a lot of physics required to get it right. Anyone can slap in a system, but if you do that and the physics aren’t right, the beer will foam and your profit will go down the drain.”

The craft beer boom has made draught systems even more important for local bars looking to compete. “If you have a bar with the traditional six tap handles, you haven’t a hope of competing with a guy who has 20 tap handles,” says Daly. “So there’s a big demand for putting in draught beer systems.”

With his knack for science, his love of beer, and his commitment to improving quality and eliminating waste, Daly has helped many bar owners get their draught systems in place.

“The Coolbot/AC setup is a perfect system to chill kegs to 38°F.  It’s a fraction of the cost of commercial refrigeration and it uses 40% less electricity. This allows a small operator to upgrade their draught system in a more affordable way,” he says. 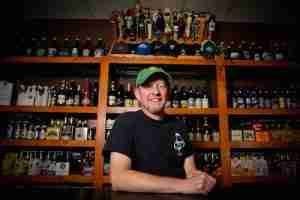 One of those bar owners is Rod Johnson, who runs Grand Cru Beer & Cheese Market in Rhinebeck, New York. Rod wanted to expand Grand Cru’s 6-tap kegerator to a remote tapping system with 16 taps and room for at least 8 to 12 extra kegs. He needed someone to set it up, which is when he heard about Brendan.

Working together, Rod and Brendan transformed the bar’s cold room into a high-tech walk-in cooler with a custom draught system. They installed an A/C unit and a CoolBot for precise temperature control, as well as regulators, tap lines, a glycol system, and all the accessories. In just a couple of days, Grand Cru had a new, scalable system that allows them to maximize profits by guaranteeing no drip of beer is wasted.

Rod recommends Brendan as the best guy for this type of job because of his clean, science-driven approach and work ethic. “Brendan’s work ethic is second to none,” Rod says. “We’re from the same  ‘school,” meaning we work to get the job done with attention to detail every step of the way.”

Grand Cru is just one of Dubliner Draught’s many happy customers. And his customers talk to one another (probably over pints), which often results in more work coming his way.

Through the community, George Mansfield, owner of Dogwood Bar in Beacon, heard of Brendan when he needed some maintenance done. As bar owners know, having the cold room set up efficiently is everything, so Brendan installed a CoolBot to keep Dogwood’s 16 beers at the perfect temperature.

“Brendan is a super knowledgeable expert in all things beverage / cooling / systems. And he’s someone who focuses on the best interest of his clients in every job,” says Mansfield. “He’s not looking to over-engineer or make things complicated.”

The characterization of Daly as knowledgeable, helpful, and dedicated is one we heard echoed by every one of his customers we talked to.

For example, Megan Reynolds, owner of Reynolds & Reynolds in Woodstock, hired him to help with her draught system after he came highly recommended by a fellow bottle shop owner. “He spent a lot of time with me even before the work began, and was patient with all my questions,” she said. “He’s also a problem solver, which is really nice when you’re building something new.”

With many friends in the farming community, Megan also knew about the CoolBot. “I was very committed to [installing a CoolBot] here, so it was an extra bonus that Brendan was familiar with them and excited about using them,” Megan shared. 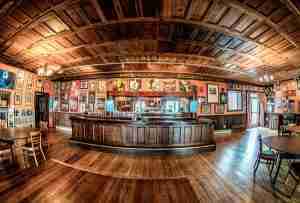 Megan recommends Brendan and the CoolBot to folks building coolers in existing bars or those starting new projects. “It just makes so much sense for spaces that are unconventional and also for energy and cost reasons,” Reynolds says.

With recommendations like that, it’s easy to see why Brendan Daly is in such high demand. He currently works with about 150 bars and restaurants around the Hudson Valley, including Marlborough’s The Falcon (which the New York Times recently called “an unlikely haven for jazz”).

If you run a bar, you know how important your draught system is to your profitability and success. And if you’re in the Hudson Valley, you’re extra lucky because Brendan Daly is there to help by providing draught system consultation, installation, and maintenance so you can do what you do best: bring people together over the perfect pint of beer.