For the past year and a half, Brian Lysaught has been Store It Cold’s Director of International Business, utilizing a grant from Feed the Future Partnering For Innovation and the United States Agency for International Development (USAID). This government program is designed to work with privately held companies for innovative technologies to help small agribusinesses and farmers.

Brian and his team has brought CoolBot technology to both Honduras and Guatemala to help smallholder farmers. According to Michael Dworkis, a partner at the investment firm that owns Store It Cold, these local farmers are an “at-risk population,” often “trapped in a cycle of debt to their seed and fertilizer suppliers.” By integrating CoolBots, we’re hoping to help these farmers earn a better margin on their products. Furthermore, CoolBot breaks down the barriers for small and medium producers to thrive. Cold storage is a positive step for the development of the food industry in the country as a whole.

Some examples of other companies that Feed the Future & USAID partner with:

“Through the generosity of this program, we have the chance to bring the CoolBot to countries whose populations rely heavily on agriculture and are facing economic challenges. We see the struggles that farmers are having, and we have the opportunity to introduce a technology that brings better economics, saves energy, and helps farmers improve their economic plight. Hopefully we can make a difference in the lives of some small farmers. It’s a really cool thing to be part of.” -Michael Dworkis

We took some time to speak with Brian Lysaught to reflect on the work he’s been doing for Store It Cold in Honduras and Guatemala. We’ve been documenting his progress regularly with updates on our blog, and in this post we’ll be highlighting examples of the tangible success that CoolBot has brought to smallholder farmers, as well as sharing some challenges faced by Brian and his team along the way — and the innovative solutions that helped them to overcome!

But first, a bit of backstory on Brian himself: Before joining the Store It Cold team, Brian spent six years working for an export management company, helping various consumer branded goods find a foothold in the international marketplace, specifically in Central and South America. Brian was especially attracted to the position with CoolBot because of the Feed the Future program and was excited to utilize his skills to help smallholder farmers. 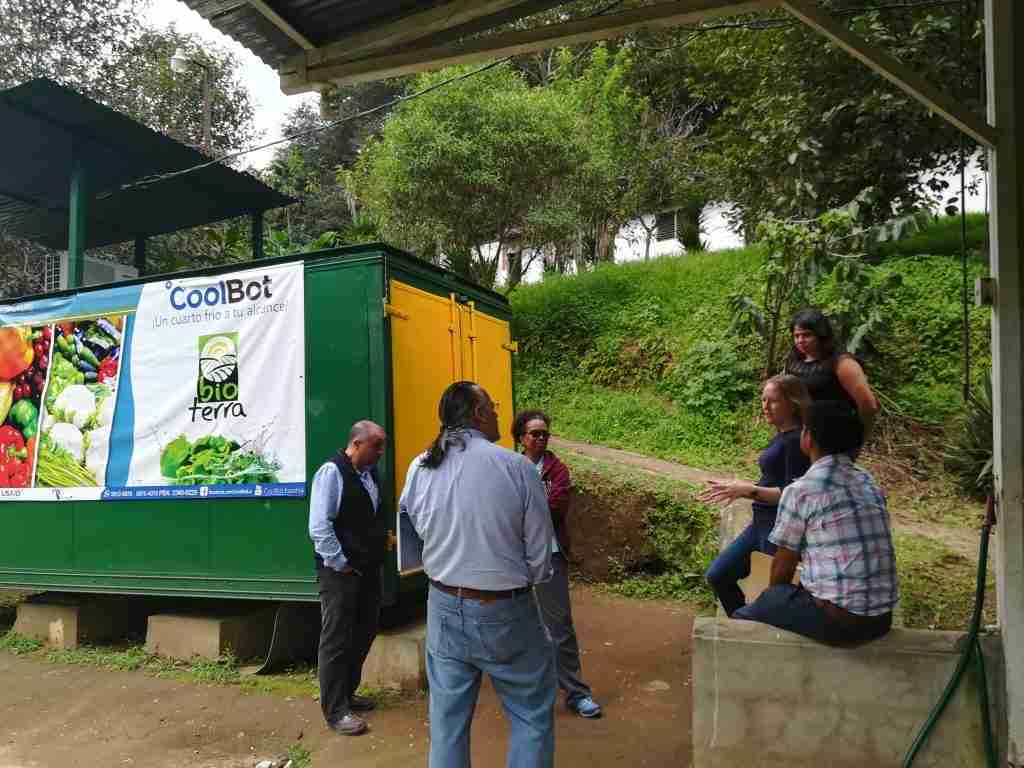 “I started after the program was up and running in Honduras and was getting ready to expand to Guatemala,” tells Brian. “In Honduras, it took some time to really start to see some success because of the challenges that existed selling the CoolBot. There’s a real DIY culture here (in the US) and in Canada: you buy it, build it and you figure it out. This is not so much the case there (in Central America).

Labor is traditionally inexpensive in both countries (Guatemala and Honduras), so when people spend thousands of dollars on a walk-in cooler, their first instinct is to call an expert to come over and build it for them,” he explains. “Changing that mindset was extremely difficult. Once we were able to offer a turnkey solution and partner with a local contractor to do the installation and construction, we saw a lot more success.”

So Brian and his team took what they had learned in Honduras and applied it to Guatemala. “We decided to partner directly with a cold room construction company from the get go, so our sales reps in the country could start to offer turnkey solutions from day one, which allowed for faster traction there. Once we offered the turnkey solution in both countries, sales reps could go out and approach small farmers, offering a complete package.”

Another obstacle faced by Brian and his team was the availability of funds to invest in cold rooms. So they partnered with several local companies and banks to get past that, and these local businesses ended up becoming unofficial brand ambassadors for Store It Cold. “Once we had locally recognized brands getting behind CoolBot, we were able to co-brand some of our marketing material so the farmers would recognize already trusted names.”

Confronting skepticism in both countries was a consistent challenge in itself. The basic cultural difference was explained to Brian by one of his sales reps, Mario: People in Central American don’t just get online, Googling and reading reviews in order to shop around for a service provider or product. It’s more of a word-of-mouth culture, taking recommendations for companies and services from friends and family. And since CoolBot was (so far) unknown to most locals, nobody was recommending it to one another. Opinions of cousins and acquaintances took precedence over our word that we had a quality product.

“People thought CoolBot was a gimmick. All they knew was that A/C units aren’t built to cool down to 34 degrees,” Brian explains. 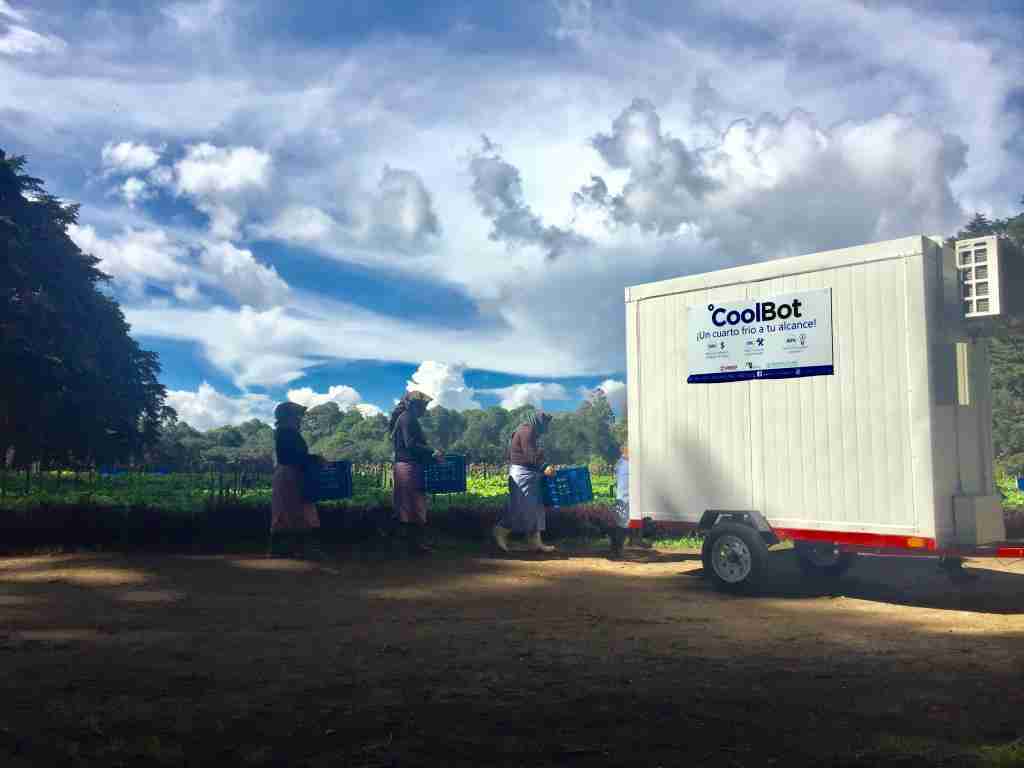 It was also extremely challenging to spell out the return on investment that the smallholder farmers would see by using CoolBot. Brian “had the privilege of going on a couple sales calls with the guys to introduce the CoolBot and explain its benefits,” where he learned just how hard it was to “quantify the return on the investment from the reduction of post harvest loss.”

“Lots of small farmers are fourth or fifth generation farmers. Their families have never used cold storage before. So there’s a built-in attitude, like ‘Why should we use this now? We haven’t in the past.’ They’ve always just chalked up post harvest loss as a cost of doing business, and they don’t keep records of how much is harvested, lost and sold,” says Brian.

“So quantifying return on investment was one of our biggest challenges. We overcame that by working with local financing companies, sending people out to coach farmers on bookkeeping and finances, record keeping and better business operation on both day-to-day and securing future loans. We worked hard to convince farmers that it’s going to cost you this amount initially, but you’ll start to see that back in the next 3-6 months or so, because your sales will increase because there will be less waste.”

The team in Honduras and in Guatemala was also working closely with Walmart. “Walmart only awards contracts to smallholder farmers when they can deliver consistent quality and volume,” Brian tells us. “Walmart would host seminars where they would invite different producers from around the region to learn how to become Walmart providers. One key aspect of the seminar became cold storage.

Walmart invited CoolBot to come and speak about it and educate people, becoming a big ambassador for us.” Walmart was promoting the concept that if you use cold storage, you’ll deliver better quality and more consistent volume, enabling you to score a contract with them. Walmart buys from thousands of regional farmers all over Central America in order to get volumes they need of specific products. 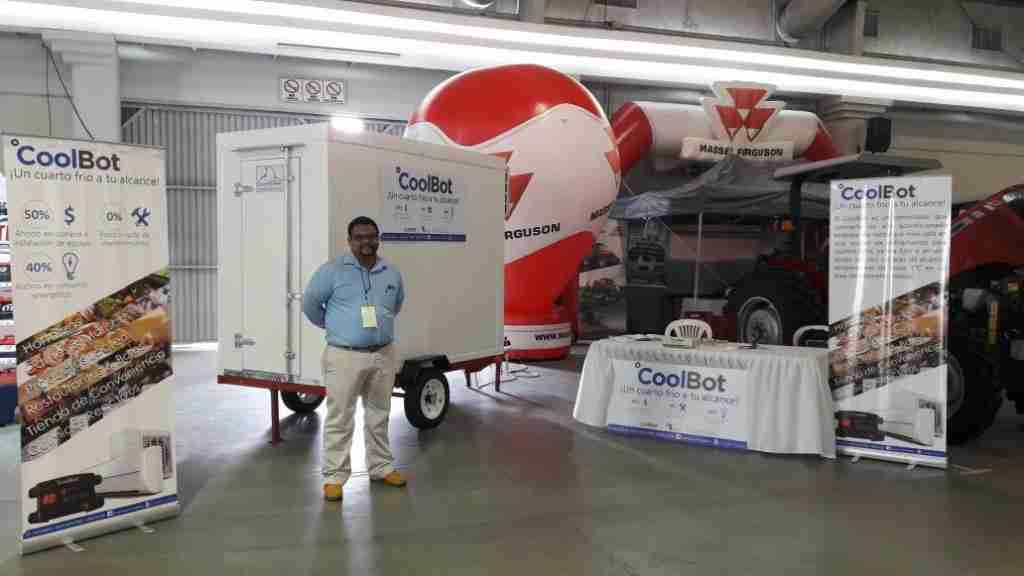 “Once a small farmer secures a contract with Walmart, they’re immediately elevated from the ‘just getting by’ status to making a decent living. For example, one farmer we worked with who grew strawberries got a contract to supply produce all over Central America. After they start earning more money, these farmers are able to hire additional help for their farm and invest in different tools or biological inputs/fertilizers. It’s a trickle down effect, benefitting a lot more people than just the farmer directly.”

“There were multiple cases where I got to witness the A-to-Z process of introducing the CoolBot and then seeing the effect it had directly on the person buying it,” tells Brian. One of his favorite CoolBot success stories involves one of CoolBot’s demo partners, Granja de la Terra. They’d been looking for alternative cold storage and once they were introduced to the CoolBot, they loved it. Granja de la Terra bought a used refrigerated truck and parked it on their farm, outfitted it with a CoolBot and immediately had 24/7 cold storage available. Prior to their CoolBot, they’d been using a previously broken down refrigerated van run off of electricity, which was so expensive to run that they couldn’t use it on a daily basis.

CoolBot instantly changed the way their daily receiving and shipping of product worked. “Because they were growing lettuce, if no one came to pick up the product in a given day, Granja de la Terra would have to invest a significant amount of money to keep it cold overnight, which was eating into their profit margin,” says Brian. “And, if the amount of lettuce was small enough, they’d just trash it instead of cooling it.”

“CoolBot reduced Granja de la Terra’s electricity bill, because it’s so efficient with its energy consumption. Plus, they no longer had to throw away product. Having cold storage available 24/7 allowed for more time to have their product picked up, too. Here’s another great example of the trickle down effect: Better and more efficient cold storage helps the farmers to sell more, buy more and process more. Ultimately, they secured contracts with local hotels, restaurants and supermarkets because they could consistently say ‘Yes, we can deliver this amount of volume every day.’”

Over six months, they increased product volume, landed contracts and hired more people to work at their processing plant. After nine months, they decided to buy another CoolBot. 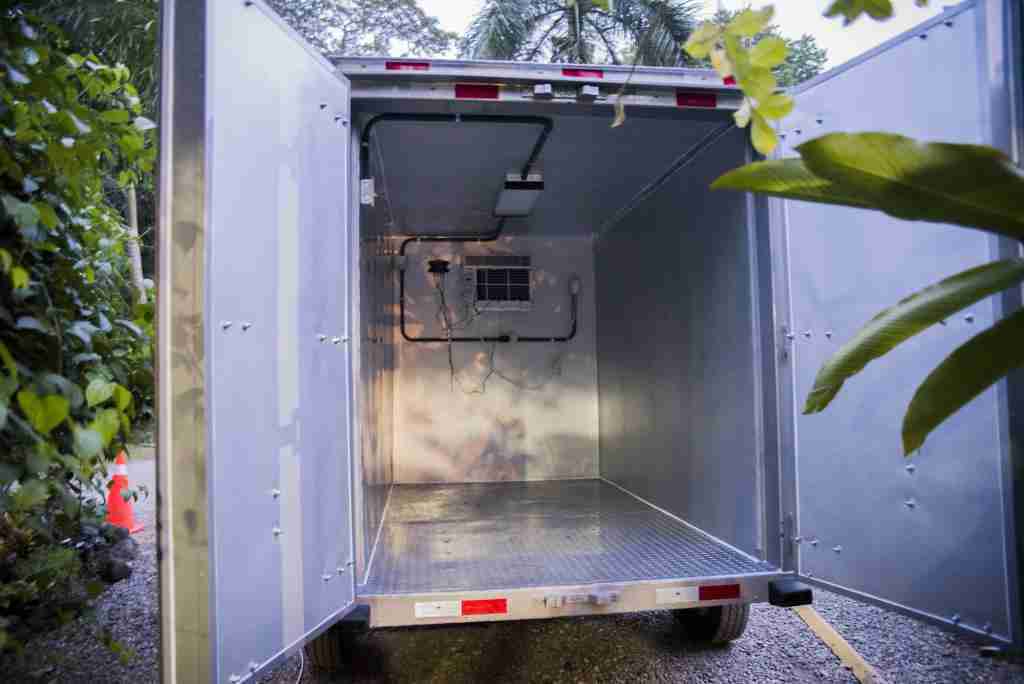 “That’s measurable, exponential growth,” Brian concludes. “It’s a ‘rising tide floats all boats’ kind of scenario.” And now, Granja de la Terra is looking to buy a third CoolBot to install on their delivery truck, completing the chain of being able to refrigerate from processing to end consumer.

“It’s really cool to see the impact USAID has had for CoolBot and its users. When implemented correctly, CoolBot really gives small farmers the capability to improve their livelihoods. They’re buying more consistently from other farmers, seeing more reliable income and will eventually be in a position to hire additional staff.”

“Every CoolBot sold,” says Brian. “At end of program, over 21,000 farmers were directly affected by CoolBot in some way or another.”

What’s next? “One thing I’m really excited about is what’s next for the teams in Honduras and Guatemala,” tells Brian. “In Honduras, two of our sales reps decided to start their own business to continue to sell/promote CoolBot, which will double or triple their monthly incomes. I’m so excited for them.

This program gave these guys the foundation they needed to take the reigns of operation and put their name on it, KoldTek. And now, they’re comfortable enough to take that risk. All signs point to them being successful, able to sell 50-100 CoolBot units per year moving forward.”
“And in Guatemala, the distributor we have in place there saw enough potential for success with CoolBot that they want to continue to import and sell CoolBot,” says Brian.

So, while Brian and his team admittedly faced a lot of challenges along the way, they succeeded in partnering with local businesses, banks and companies to convert tens of thousands of skeptical smallholder farmers to cold storage enthusiasts.

Going forward, small farmers across Central America will now be able to hear about CoolBot from their friends and families, learning of its benefits and success stories throughout local communities. Smallholder farmers will now be able to grow their businesses substantially, taking advantage of inexpensive and efficient cold storage to enhance the quality of their crops and extend their longevity. Because they can now promise consistent, high quality products; reduce waste and save money, these farmers can grow and thrive.

Big thanks to Brian and his team for all of their hard work, and best of luck to all the smallholder farmers out there using CoolBots!