We were thrilled to receive a message in our inbox reading: “We are using the CoolBot to refrigerate our curling stones. It’s awesome! Curling stones need to be cooled down to just above freezing before they are put on the ice. We have a custom built cart to hold the stones and an insulated box to put the cart in cooled with the CoolBot.”

This was the first we’d heard of a CoolBot being used for such a thing. Knowing very little about curling, we were excited to get Jon on the line to find out about the wild world of curling and how the CoolBot came into play.

To those who aren’t familiar, curling is a sport — you’ve likely seen it during the Winter Olympics — where players slide stones across ice towards targets. There’s often a lot of enthusiastic yelling between team mates, while “sweepers” use brooms in an attempt to modify the ice conditions ahead of the stone as it travels towards the target. It’s basically like shuffleboard, with fancier shoes. 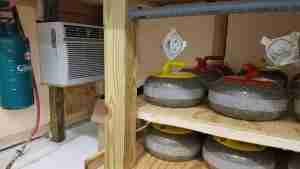 Jon Elliott started working at the ice rink in Oxford, Ohio when he was a just student. After he graduated college, he left for a while but came back, ultimately making his way into the position of the Operations Director.

He’s been full time staff at the rink for about twelve years now. His ice rink is unique because they offer curling between late August and May each year as a club and intramural sport for local university students.

“We’ve had curling off and on throughout the years,” he tells us. The curling club has historically been a student-run organization through the local university. “They would rent ice from us to curl on. The club would ebb and flow with various leadership. You’ll get a lot of participants but then kids graduate. Sometimes no one picked up the torch, so it would kind of die off,” he explains.

Then there was a lull where they didn’t see curling for a few years. So two years ago, a conscious effort was made between the ice rink and the university to put some solid investment into the curling club to get it going again. “Anyone working in a rink industry will tell you that leading up to and during the Olympics is a great time to promote those sports. So we timed everything out and worked with the local curling club. We really wanted to build it back up. The students that did participate had a really good time and were very into it.”

“It turned out that a lot of our staff hadn’t done curling or ever been involved with it,” says Jon. One of the major issues that they came across as they did more and more curling at the ice rink was that the stones must be cooled before they can slide well. 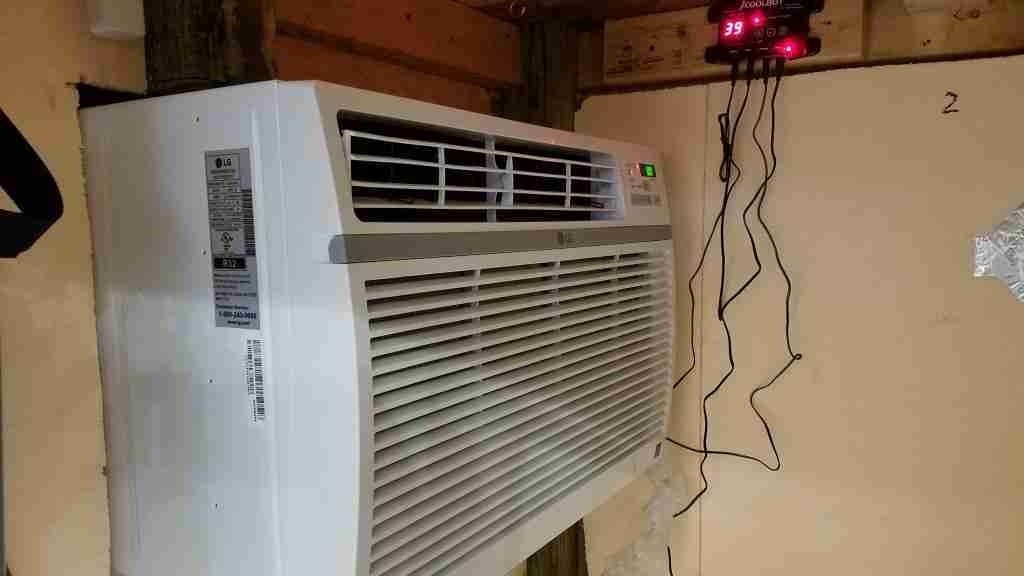 Room temperature (air) in the rink is about 55°F. The ice surface is about 22-24°F, depending on the time of day. So what happens is that anything warmer than the ice would melt into the ice. “Say you leave a screwdriver on the ice, it’ll melt into the ice until it reaches the freezing point. So the curling stones would eventually do the same thing,” Jon explains.

“The stones are made of this granite. They’re super hard stone. The stones would actually melt into the ice, leaving a little ring in the surface of the ice. We used to just place the stones on the ice to get them cold and then they’d sit there off to the side. It all took a really long time to set up before the games could even start. Time was wasted while you’d be sitting around waiting for the stones to cool.”

They would try to rush it along and get started, but if stones weren’t cooled close to freezing temperatures they simply wouldn’t slide well. It would take more effort to slide them because of the heat friction.

“The games were inconsistent — plus, no one would want to play the first game,” he laughs.

Jon attended an annual conference for ice rink operators last year, where he enrolled in a curling course. “They talked about the different ways you could go about freezing your stones,” he says. “Some people have a walk-in coolers to store them in, but the general consensus was to build your own storage box to keep them in and refrigerate the box.” After the conference, Jon and his staff did some Googling and came across Store It Cold’s site.

“The CoolBot seemed like a reasonable idea. We had had that thought that we could hook up an A/C to the insulated box we had built, but knew it wouldn’t work without a control unit of some sort. Then we found the CoolBot, and it seemed like a no brainer.”

Jon and his staff had already built a storage box and insulated it. All that was left was for them to to hook up the A/C and CoolBot control unit.

They strategically built their cold storage box close to the rink, but not directly next to it. In order to minimize time spent physically handling the stones (as to not affect their temperature), they built a cart to store the stones on that is able to be pushed in and out of the cold storage box without having to remove the stones to place on shelves.

The cooler box sits on an HDPE plastic floor with its insulated sides and top, which has built-in storage for the sweepers and sliders. The cooler box has doors that open up so that the cart can easily slide in and out and can be brought directly over to the ice. The cooler box fits two carts with each cart holding up to sixteen stones, which are about twelve inches in diameter and eight inches tall.

Jon’s curling club has definitely been growing, thanks in part to their strategic and timely promotions. And the CoolBot has made a huge impact on team morale: Participants are really pleased with the cold stone quality, plus their set up time has significantly decreased from thirty minutes to just ten minutes.

“The curlers have the ability to add more curling into their designated time, versus using it as set up time,” Jon tells us.

While Jon has curled before, but he’s not in the official league. “We’ll go out once a year during the holidays and do a staff bonspiel,” he tells us.

“The CoolBot is a such a feasible option for building a refrigerated box for curling stones. I sent it off some information to the people we had taken the course with at the conference and the USA Curling instructors. They hadn’t heard of it before but they were really interested. It’s efficient and affordable,” says Jon.