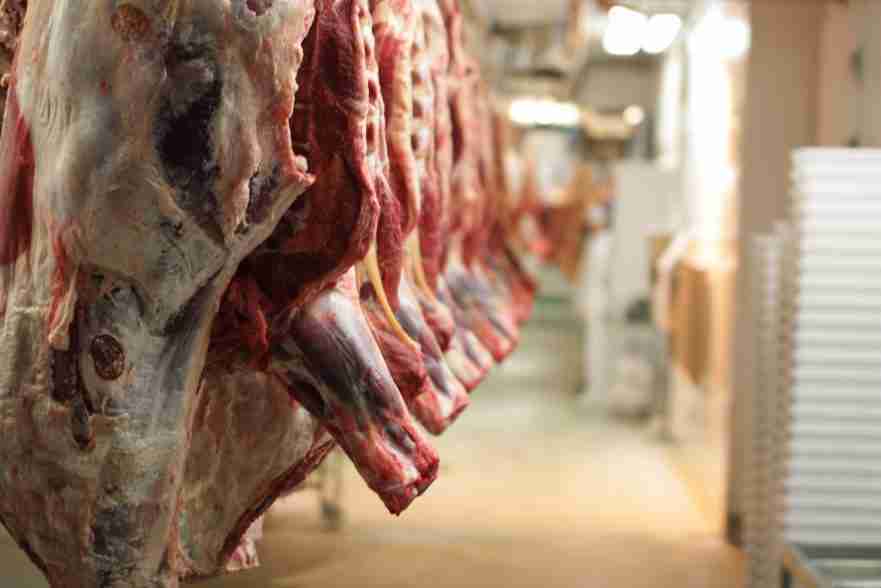 Meat hanging and meat curing are processes as old as civilization. Before refrigeration, long-term storage of meat was rather difficult in warm or humid climates. Curing and hanging (also called ‘aging’) have been developed separately by many different peoples and cultures throughout history due to their utility. The process of aging isn’t overly complicated, and you can even do it in your own home. Today, let’s take a look at the expert’s guide to meat hanging.

When meat is “hung” the process that is occurring is called aging. The first important distinction we need to make is between aging and curing. While both processes share some similarities, they are fundamentally different in their application.

As we can see, aging and curing are similar, but they are not identical. While curing is a useful and interesting practice, we’ll focus solely on aging today.

Aged meats (whether dry-aged or wet-aged) possess a significantly different taste and texture than their fresh, non-aged counterparts. Restaurants that sell aged meat (often in the form of beef steaks) are able to charge significantly more due to the time and energy-intensive nature of the aging process. Take Bern’s Steak House, for example. It is often regarded as the best steak house in the United States, and its menu prices are aligned with its reputation. A 9-oz aged Châteaubriand steak costs about $50, or $90 per pound.

Within the realm of aging, there are two different methods: wet and dry. Until recently (mid-20th century), dry-aging was the only way to age meat due to a lack of specialized plastics and materials.

The mechanism of dry-aging is exactly as it sounds: dry. The same applies to wet-aging. Typically, wet-aging takes place in the plastic bag (vacuum-sealed, typically) that the meat is shipped in. Before the invention of high-quality plastics, this was not possible. Be careful when buying “aged” meat at a supermarket or restaurant. Wet-aged meat does not carry the same flavor or texture as dry-aged meat and should cost considerably less.

Because “meat hanging” must, by definition, be dry-aging, we’ll focus there. So, how does one actually go about dry-aging meat?

First, you’ll need to select which cut(s) you’d like to age. According to Dean Poll, owner of Gallaghers Steakhouse, NYC, the choice of cut is arbitrary. You should find a selection that you’d like to experiment with, but the most common cuts are ribeye, sirloin, and New York strip.

Once you have your cut(s) in hand, it’s time to start prepping. There is no need to season or salt the meat beforehand as the outer crust will be cut off anyway. You should first rinse your cut, dry it off, and lightly wrap it in cheesecloth. Drying the meat is especially important – excess water makes it much more likely for bacteria to grow.

Do not age meat in your normal refrigerator! If you happen to have access to a large, commercial refrigerator, this would be your first, best choice. In lieu of that, you’ll want to purchase a separate, smaller unit. This is for two reasons. First, the temperature and humidity need to be tightly controlled. They should fall around 38° F and 75%, respectively. If the door is constantly being open and shut, these will fluctuate rapidly, degrading meat quality. Secondly, the aging process can be messy. Excess blood and water will seep out of the meat, and they can contaminate other foods. When placing your cut into the fridge, it is best to place it on a metal rack over a large pan. The rack allows for adequate airflow and the pan will catch any drippings. It is a good idea to invest in a separate (ideally bluetooth) thermometer. This will allow you to monitor the temperature inside your refrigerator without needing to open it (or rely on the included one).

This is likely the hardest part. In a typical restaurant setting, steaks will be aged for about four weeks. The length of time to age your cuts will be dependent on personal preference. Some people don’t notice a large difference in flavor past about 10 days, and some home-agers will let the meat sit for over 100 days.

When you finally remove your steak from the fridge, you may notice a thin, white layer around the entire outside. This is mold – but it’s not a problem. This mold forms a large outer “crust” on the meat. You’ll want to cut that off first. These can be treated in the same manner as fat trimmings, so no need to waste them! We won’t dive into steak cooking methods here, but make sure the internal temperature hits at least 145° F!