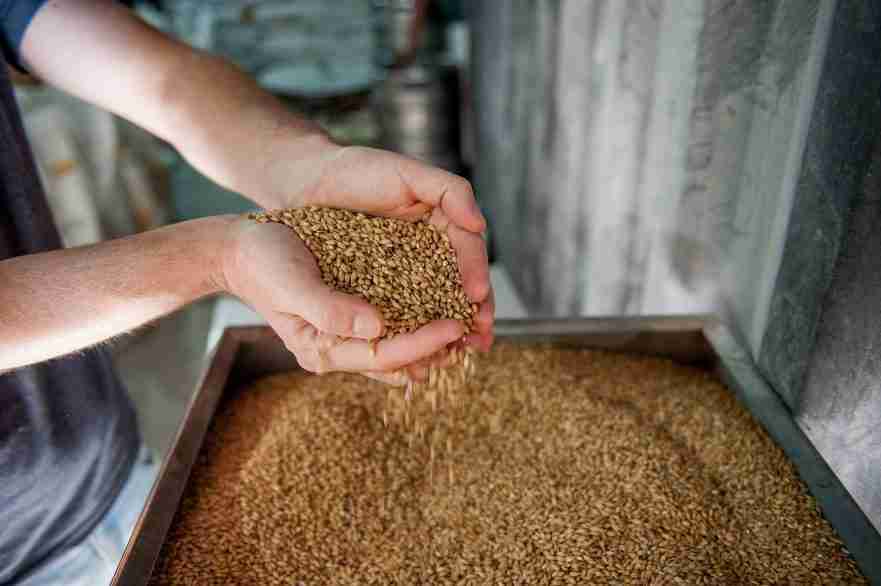 Mashing is the process of converting grain starches into sugars that can be used by the yeast in the brewing process. The term applies to “all-grain brewing” which uses crushed malted barley to make the wort (unfermented beer). Though a bit intimidating at first, most homebrewers can master the art of mashing with just a bit of research and practice.

Mash is the term used to describe the mixture of crushed malt barley, water, and specialty grains used to brew beer. During the mashing process, the starches in the grain break down into sugars that can be used by the yeast in the brewing process. This process takes place in a large, complex brewing vessel called a mash tun.

Most homebrewers start making beer with liquid malt extracts or dry malt extracts. To make these extracts, the malt is processed, condensed, and packaged in a way that is simple to use. On the other hand, all-grain brewing is the process of brewing beer using only the ingredients you add to the brew pot. This is often referred to as “brewing with the grain” since the grain is the main ingredient used in the brewing process.

As with most of our advanced brewing tips, mashing gives you more control over the end product. For those of you who are interested in exploring new brewing techniques, gaining more experience, or wish to have more influence over the ingredients/processes used to make their beer, we recommend mashing for homebrewers.

Don’t worry, extract brewers, you won’t need all new materials to dive into the world of mashing. Many all-grain recipes can be made with the same supplies you already have. You’ll need a couple of carboys, buckets, and siphons in addition to a large strike kettle, an insulated mash/lauter tun, a false bottom, and a hot liquor tank.

Easily increasing your batch size is one of the perks of all-grain brewing. While most extract kits are portioned for a five-gallon batch, mashing makes it possible to simply double the amount with minimal extra effort. However, increasing your batch would require you to have the equipment for a ten-gallon capacity.

The first step of mashing is heating the strike water. In order to heat the strike water, you’ll need a method of heating that’s appropriate for the size of the wort. For a five-gallon batch, a hot water bag or stovetop burner will work. A ten-gallon batch requires an outdoor propane burner.

Different beer recipes require different mash temperatures, but regardless of your recipe, the strike water should be 10-15 degree hotter than the target mash temperature to ensure the mash heats quickly and evenly.

The type of grain and temperature of the mash will influence the type of beer. Image by PeterKraayvanger on Pixabay.

Next, add the grain to the mash. One of the perks of all-grain brewing is the incredible amount of finesse you have over your beer. So whether you choose malted barley or something wheaty is your choice! However, you want the grain to be crushed into “grist” to expose the starch. You can either do this at home or buy pre-milled grain.

After adding the grain, the exciting stuff begins! The enzymes in the grain begin converting the starches in the grain into sugars, which will then be used by the yeast to produce alcohol during fermentation. After the initial mixing, you want the mash temperature to read between 145-158°F. On your first attempts at mashing, just try to get somewhere in this range.  However, as you get more advanced, the more consistent and precise your temperature, the more specific you can be with your brews. Temperatures above 168 will kill most of the helpful enzymes, so be careful to not let your mash get too hot.

Now, just let the mash sit for 60-90 minutes, and wait for your wort to develop! After that time has passed, you want to stop the enzymes that have been working so hard. To do this, heat water in the strike kettle to a near boil and add it to the mash to raise the temperature of the mash to about 170°F. Not only will this stop the enzymes from continuing to convert sugars, but it will also prevent the mash from becoming gummy. Let sit for about ten minutes before lautering.

Now that the mash is complete, it’s time to “lauter” or separate the mash from the wort. Depending on your equipment there are a few different strategies here. If you have a mash/lauter tun with a false bottom, the false bottom strains the grain while the wort drains into another tun.

Once the mashing process is complete, you have your wort ready to go! Now you can continue brewing just like you did with extracts. Add hops, flavors, and yeast, and start fermentation in the carboy! And after all the trouble you went through to get that perfect wort, make sure you keep the high standards during fermentation. Homebrews need temperatures between 60-75°F for fermentation. Post-fermentation storage requires temperatures between 40 and 55 degrees Fahrenheit. With Coolbot’s interactive tech, you can create your own temperature-controlled space. Homebrewing has never been easier or made tastier beer!

[Featured image by uirams on Pixabay.]